By the time you read this, the final episode of The Face will have come and gone, and you will already know that I wasn’t crowned the winner. But, as always, I am here to provide my thoughts on the episode and my feelings on being so close to taking the win… 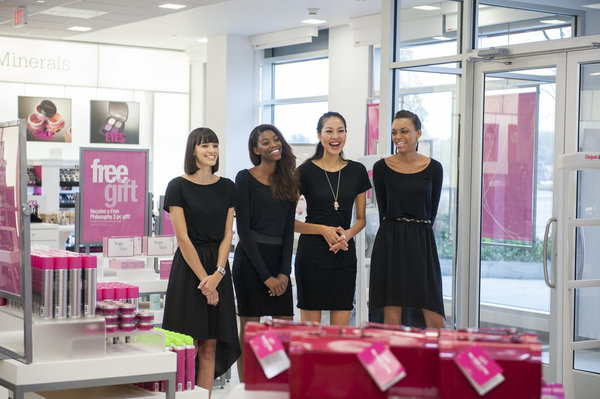 The finale has finally arrived. After weeks of gut-wrenching competition and blow after blow to Team Coco, I am the only one left. Well other than Devyn, Ebony and Zi Lin, who also made it as finalists and they are completely deserving of that. We all are.

Nigel gathered the four of us up in front of a stage where he introduced Carrie and Molly of Ulta Beauty. They explained the three challenges we would have to complete: a customer service challenge, where we would work with real Ulta Beauty costumers; a photo shoot, where we would have to put our best face forward with photographer Dusan Reljin; and lastly, only three of us would move on to do the last challenge, a runway show for Zac Posen. 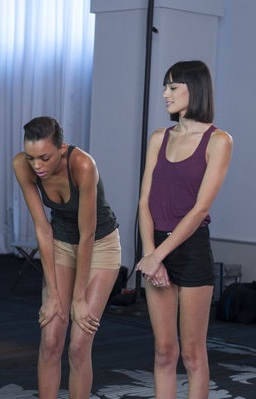 Right in that moment, Devyn started to hyperventilate. She rushed off into the other room and collapsed to the floor. Ebony explained that she was having a panic attack and Nigel yelled out for a medic. It took Devyn a minute to catch her breath, and then right when she looked like she had it together, she burst out into tears. I guess we had all been under a lot of stress, but Devyn just wasn’t letting any of it out. She ended up being OK, thank goodness.

After everything had calmed down, it was time for our Ulta customer service challenge, which took place at Ulta’s main store in Long Island, where we each had to interact with customers on a personal level. An Ulta employee taught us their expansive product line in 10 minutes, but that doesn’t mean we actually learned all of it. Afterwards we had to put our new knowledge to the test and help customers with any questions they had regarding Ulta’s line of products.

Zi Lin and Ebony were naturals. They found it very easy to help and engage with the customer, whereas Devyn seemed uninterested more than anything. I found that surprising considering she works in retail, but maybe she was just having an off day. I personally struggled with this challenge because talking to strangers is not something I’m very comfortable with, especially when I have to discuss a product line that I don’t even slightly know. One girl asked me what the brushes were made of and since we didn’t learn it in our speed class, and it wasn’t written on the package, I had to say, “I don’t know.” There was no one for me to ask despite Nigel and Carrie’s comments, but I would rather say I don’t know than make it up. 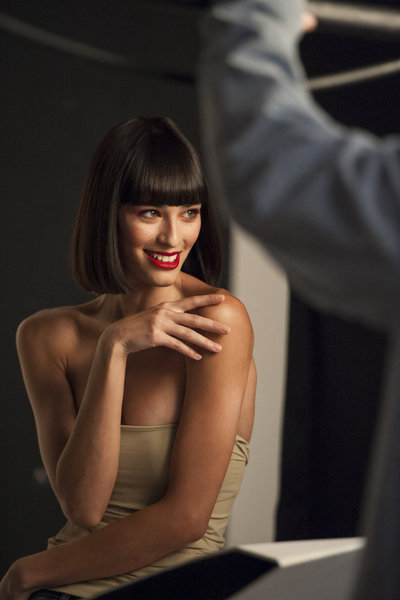 Next was the photo shoot. This is the challenge I was most excited for, and once I found out we were shooting it with photographer Dusan Reljin, I was through the roof! He’s a huge and very talented photographer so I was ecstatic. We started off slow with a couple of shots to test the lighting, and then I took off like a horse out of the gate. This was my chance. This is what I’m good at — taking photos and I didn’t have anyone else to worry about but myself. It felt amazing to move into one pose after another. Coco was smiling from ear to ear, Dusan was cheering me on, saying how happy he was with each pose and I could hear Carrie from Ulta going on and on in the background. For once in this competition I thought, Team Coco might actually win this.

Zi Lin and Devyn seemed to breeze through the photo shoot portion of the competition while Ebony was struggling. She said she was used to using her whole body to pose and didn’t sound too comfortable with taking a beauty shot. Although it took her some time, she finally got into the swing of things and ended up with a really beautiful shot.

Back on stage, we stood in front of the coaches: Carrie, Molly and Nigel. They were about to announce which girl was going to be out of the competition and would be missing the chance to walk in a Zac Posen show. They announced Devyn’s name first, then Zi Lin’s, and then I realized it was between Ebony and me. I thought Ebony would for sure move on to the last challenge, so I was slightly terrified, but I was confident in my performance overall and knew I had just as good of a chance. After what felt like forever, Nigel called my name and I felt a wave of relief sweep over me. I was in the final three. I felt so bad for Ebony because if it couldn’t be me, I wanted her to win. She is such a sweet and beautiful girl, inside and out. It was hard to see her go.

Next page: Find out how Margaux felt when Devyn won!