Rayna and Teddy have to deal with new drama, Deacon meets someone new, Juliette learns to take responsibility and Scarlet and Gunnar decide if they are a couple or not. 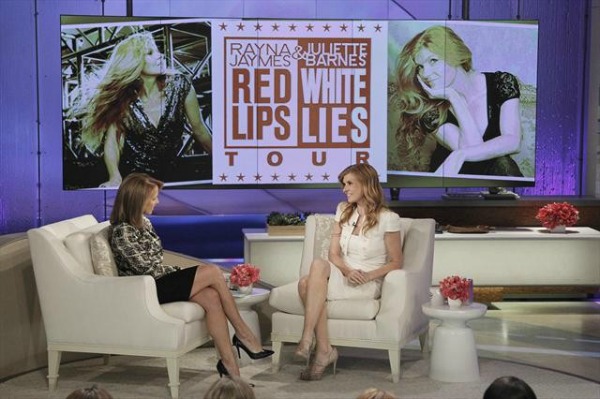 On this episode of Nashville, called “When You’re Tired of Breaking Other Hearts”, things are awkward between Gunnar (Sam Palladio) and Scarlett (Clare Bowen) the morning after they’ve slept together. Gunnar is understandably still reeling from his brother’s death and, though he tries to act cool, he’s really suffering inside. When he goes to the police and sees that they aren’t planning to look any further into the murder, Gunnar decides to take things into his own hands. Luckily Deacon (Charles Esten) and Scarlett are there to talk him down. With Deacon’s encouragement, Gunnar goes home with Scarlett and eventually they find themselves in each other’s arms again. Though we have to wonder how long that will last when Scarlett gets a call telling her she’s just been signed as a solo artist to Rayna’s record label.

Rayna (Connie Britton) and Teddy (Eric Close) are going through the pangs of divorce, but it’s their daughter Maddie who suffers the most. Upset at all the goings-on in her house, Maddie decides to run off to what should be a small, intimate concert to see Juliette Barnes (Hayden Panettiere). But Juliette didn’t want things small and invited everyone in the world. When a riot breaks out and Maddie is hurt, Rayna is angry at everyone, including Teddy and Juliette.

Meanwhile, Deacon and his new furry companion aren’t getting along so well and Deacon finally decides to take the little guy to a vet to get him checked out. There Deacon meets a very sexy vet who has never heard of him and doesn’t even like country music. This of course means that he ends up sleeping with her. Deacon’s good buddy Cole accuses Deacon of never being available for anyone else because he’s always waiting for Rayna. Deacon realizes that Cole has a point and decides to ask the vet out on a real date.

After a bit of a temper tantrum, Juliette decides to take responsibility for her actions. Not just for what happened at the concert, but for some of the things she’s done to her mother. Avery (Jonathan Jackson), meanwhile, isn’t happy at all with what Domino has done to his music and puts an end to that relationship once and for all. He goes back to the Bluebird to play the music that he loves and seems happier than he’s been in a while.

Overall, everyone takes positive steps forward in the episode, though maybe not all of them do so in the direction we want. I’m happy that Deacon is taking control of his life, but I’m also kind of sad that he didn’t wait just a bit longer for Rayna.

The puppy running out of the room while Deacon was singing.

Gasping out loud when Maddie sassed her mother like that.

The look on Avery’s face when he heard his voice coming out of Domino’s speakers and not sounding anything like he expected. 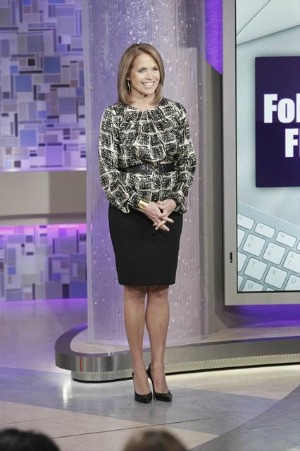 “Flannel shirt, cowboy boots. If you are not country, you are lost.”

Rayna reminding Teddy to keep his “special projects” out of the family home.

“Just bring me another Rayna Jaymes and Juliette Barnes and I’ll be happy.”
“Or two Rayna Jaymes.”

The song Scarlett played for Rayna. Loved it. Every time that girl sings, I swear I get goosebumps.

Deacon reminding Rayna that she snuck out a time or two herself when she was Maddie’s age.

The entire heartbreaking conversation between Scarlett and Gunnar after he came home.

“You ain’t just hooked on booze and pills, you’re strung out on Rayna Jaymes.”

“Your music ain’t where it’s supposed to be.”
“That’s what I’ve been trying to tell you.”

The look on Deacon’s face when Scarlett said Gunnar was going to the bar.

“You want to hang on to something. Hang on to her.” — I think my heart snapped right then and there.

Rayna begging Teddy to let her see her daughter.

Rayna giving Maddie the first guitar her momma gave her and suggesting that Maddie channel her anger through her music.

Gunnar opening his door and finding Scarlett doing the same.

Juliette going to the hospital to pay the medical bills for everyone who got hurt at her show. Good for her!

Deacon naming his dog “Sue” and the fact that the vet didn’t get it. That was hilarious.

What did you think of this episode of Nashville? Were you happy with where everyone ended up by the end of the episode?