Oliver goes after another name on his list only to find that someone has beaten him to it. But this vigilante has different ideas of who should pay for their crimes. 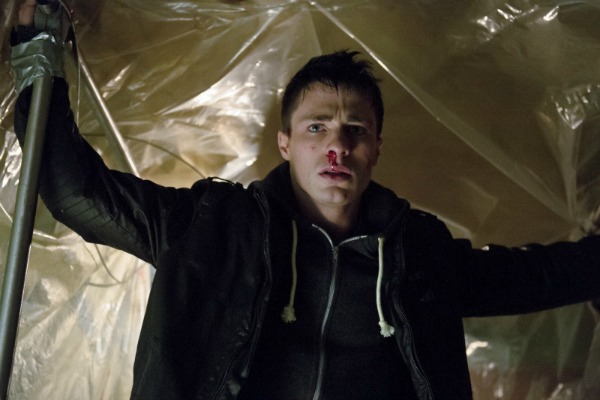 On this episode of Arrow, called “Salvation”, Oliver (Stephen Amell) has to deal with yet another madman trying to steal his thunder. Oliver goes after another name on his list and finds that someone else has beaten him to it. When the guy starts killing people live on camera, Oliver knows that it’s time to take the new vigilante down. Along the way, Felicity (Emily Bett Rickards) witnesses her first death and is understandably shaken.

While Oliver has his hands full with the latest vigilante, Thea (WIlla Holland) is having her own troubles with her boyfriend Roy. It seems Roy has gotten in with some pretty nasty people and has to consider something drastic to get himself out. Thea tries to convince Roy that there are other ways to resolve his problems when the madman kidnaps Roy and threatens to kill him on air for the world to see.

The prospect of having his little sister’s heart broken is too much for Oliver and, with the help of Diggle (David Ramsey) and Felicity, he tracks down the bad guy and sadly had to kill him to save Roy’s life. It seems like the harder Oliver tries to do the right thing, the more he has to kill people in order to do it. His has never been an easy job and it only keeps getting harder. When it’s all over, Oliver discovers that the symbol on his father’s book is in fact a map of Starling City.

Meanwhile, Laurel (Katie Cassidy) is troubled by the fact that her father (Paul Blackthorne) has joined ranks with her mother and both are now working together to search for her sister. So Laurel decides to take things into her own hands. She brings them a woman who is supposedly the one in the photo, but it only seems to strengthen her mother’s resolve. It also brings out a terrible secret: Laurel’s mother knew that Sarah was going with Oliver on the boat that day and didn’t stop her.

Finally, Moira (Susanna Thompson) is having her own issues as she tries to keep Malcolm (John Barrowman) from realizing she had a part in organizing the attempt on his life while simultaneously telling him that she is looking for the culprit. When the Dark Archer shows up and kills the man who helped with the hit, Moira wisely doesn’t admit to being involved. She is quite literally left with blood on her hands and a heavy heart when she realizes what she’s done.

Back on the island, Oliver and Slade (Manu Bennett) are still battling with Fyers over the weapons. Their plan to negotiate their way off the island doesn’t go well and they end up losing the circuit board. They do however gain an ally in Yao Fei’s daughter, but I still think that girl is hiding some secrets of her own. 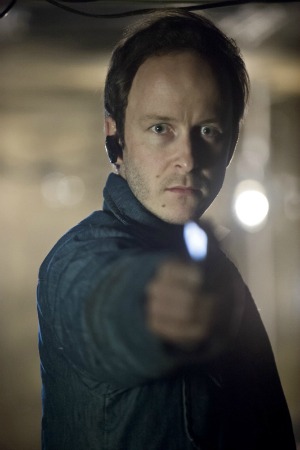 The fact that the first few lines Oliver speaks in the episode are done while shirtless and hanging from the ceiling above Diggle and Felicity.

“I don’t like the idea that there’s somebody dangerous out there.”
*Felicity stares*
“Somebody else.”

“Oliver, you have spent a lot of time under that hood recently.”
“It keeps my ears warm.”

“Oliver, no offense, but do I tell you how to sharpen your arrows?”

Laurel reluctantly admitting that she has dated her fair share of bad boys.

Oliver using the rooftops as a shortcut and then jumping down the fire escape.

Oliver promising Thea that nothing was going to happen to Roy.

Thea (and me) breaking down when Roy said he was a waste and deserved to die.

“Let. The kid. Go.” — Seems like every episode Oliver has at least one line he delivers in that forceful way of his and I love it every single time he does it.

Poor Oliver having to put on a smile to greet Laurel, when he was feeling anything but happy at that moment.

“I don’t want to be on an island anymore.”

Oliver’s little “psst” and the way he put his hand on Felicity’s shoulder when he told her that if she ever needed to talk about her day, she could talk to him.

What did you think of this episode of Arrow? Were you happy to see Roy saved? What do you think will happen now that Oliver has discovered that everything is connected to Starling City?