Jessica Brown Findlay is suffering topless scene regret. The young woman the world came to love as Lady Sybil lifted her shirt before her Downton Abbey time and now wishes she could get a take-back! 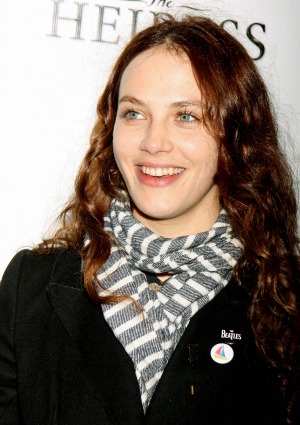 Topless scene regret has struck Jessica Brown Findlay hard. Though she wasn’t targeted in Seth MacFarlane’s “We Saw Your Boobs” number at the Oscars, the young star certainly could have been — and there’s nothing she can do to change that fact now.

The former Downton Abbey star, now 23, signed on to flash her breasts in the British film Albatross two years ago in her big-screen debut. Explaining her regret about going topless in the aptly-named flick, Jessica Brown Findlay told British magazine Radio Times, “To be honest, Albatross was naiveté and not knowing that I could say no. I had no idea what was going to happen and thought I was going to be shot from behind.”

The scene most definitely was not done discreetly — check out video of Albatross below!

Still, that one regret isn’t the only time Jessica Brown Findlay stripped down for a role.

“In [the miniseries] Labyrinth, it is a very fleeting moment that we shot in one take, but I did find it very odd being naked in front of lots of people,” she went on to say. “I think it’s awful that women get so criticized about their bodies.”

“If you’re going to do a nude scene, be honest and natural,” the actress advised. “I was drinking pints and eating burgers.”

“But actually,” she continued, “it’s not something I would do again.”

From nip-slips to nude photos, SheKnows has the celebrity news here >>

On the other hand, quitting Downton Abbey (and breaking our hearts!) is something the budding actress is proud to have done.

“I didn’t want to fall into my comfort zone too much,” she explained of the decision. “My contract was ending, and I was unsure about signing away another year. Leaving terrified me, and that’s what made me want to do it.”

Check out video of the Jessica Brown Findlay Albatross scene in question:

What do you make of Jessica Brown Findlay’s topless scene regret?