Kendall Jenner is fighting back against critics who say the reality star and model is too skinny. Jenner spoke to Harper’s Bazaar Arabia and said calling her too skinny is the same as calling someone else too fat. 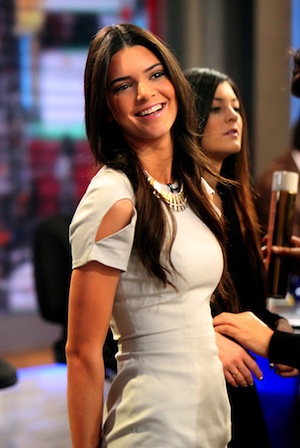 Kendall Jenner has had enough of the media discussing her weight. The 5-foot-10-inch model — who is just 17 years old — spoke to Harper’s Bazaar Arabia and confronted those who think she’s is too skinny.

Kendall may have the last word as she tweeted out a preview of her photo shoot with Harper’s Bazaar on Tuesday. “Amazing shot from shoot with the incredible John Russo,” Jenner tweeted to her fans. Ever the supportive big sister, Khloe Kardashian raved about Jenner’s pictures.

“How gorgeous does Kendall look in her Harper’s Bazaar Arabia spread?!? I cannot get over these pics!” Khloe continued to gush, “She is absolutely breathtaking!!!! The fact that she is on the cover is truly an incredible honor and achievement and I am so proud of her. My baby sister is growing up!”

Kim Kardashian also posted to her blog and congratulated her sister. “[Kendall] did an amazing job and the photos turned out absolutely gorgeous.”

Kendall Jenner admits that modeling was a great avenue for her to overcome her introverted personality. “I used to be so shy. I used to never talk, just sit back and do my thing,” she said to Harper’s Bazaar Arabia.

“I was never bullied, though, and it was never like something that needed to be ‘fixed,’ like being shy is a bad thing.” Kendall went on, “I am still pretty shy but I’ve gotten much better because I’m always on set for photo shoots and I’m always filming with my family.”

Do you think Kendall Jenner is too skinny?