When Smash star Debra Messing was cast in a CBS sitcom pilot, fans thought the writing was on the wall for the NBC series’ fate. But Debra sat down exclusively with SheKnows to give us the scoop! 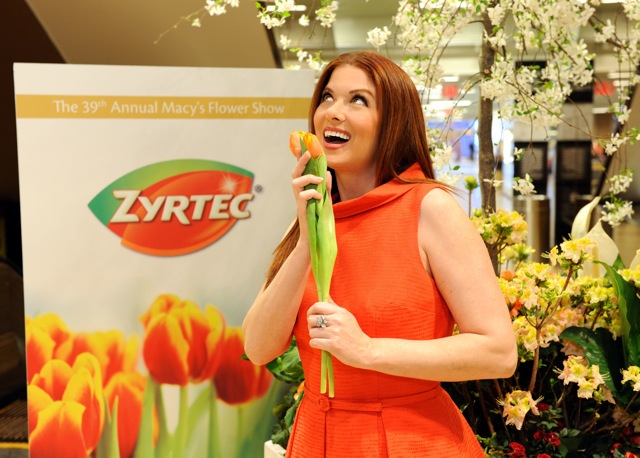 Everything is coming up roses for Debra Messing! We caught up with her in NYC, where she was on hand for the Macy’s Flower Show with Zyrtec, to get the scoop on Smash‘s future and her brand-new CBS pilot.

Fans of the NBC show should be happy to hear that it’s still got a shot, despite a scheduling switch. “We have no idea what is happening with Smash,” she told SheKnows exclusively. “We know that it’s moving to Saturday night at 9 and that they’re going to run the entire season, and so we’re thrilled about that. And now we’re just waiting.”

It was announced this week that Debra is set to star in a new CBS pilot, leading many to believe that Smash was officially kaput. But the actress says the NBC series is her first priority.

“Everyone knows that if Smash is picked up, then that’s where I’ll be,” she explains. So it’s a backup plan of sorts… but either way, the former Will & Grace star is excited to show off her comedic chops once again.

“I’m ready to laugh again!” she told us, adding that the new CBS pilot is an import from overseas. “It’s based on a successful show in Israel. It’s the same production that brought Homeland and In Treatment from Israel to America so they’ve got a great track record. It follows a mom who works, who is just trying to do it all, like we all are. But I think it’s a really fresh look at modern motherhood.”

As for her favorite part of filming two seasons of Smash, Debra says it’s the musical numbers she gets to experience. “Just the singing and dancing — it’s so joyful and inspiring to me,” she shared. Funny, we thought it might be meeting her current love interest and former co-star Will Chase on set!