Joe and his followers don’t just plan on getting Claire back and living happily ever after. They have a deeper plot that involves a serial killer boot camp and weird men in cages. 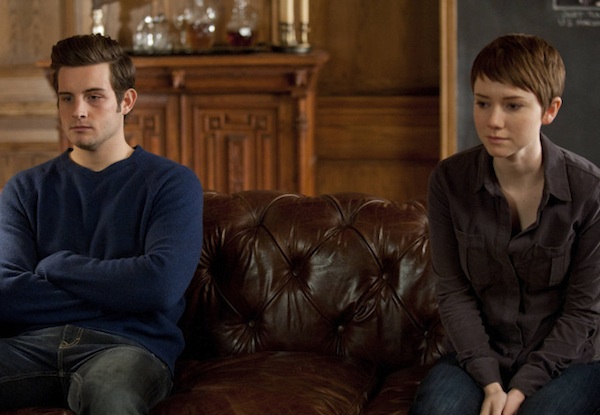 The next episode of The Following promises to get deeper and darker now that Joe Carroll (James Purefoy) has Claire back.

At least, that’s what Roderick’s hoping. He and Carroll don’t seem to be on the same page, though, which could lead to a falling out between the two. Roderick wants to move on to bigger things, while Carroll tells Roderick he doesn’t make decisions anymore. He even becomes violent with Roderick, punching him in the face. With Carroll and Roderick’s relationship on the rocks, could this be Jacob’s opportunity to step up as second in command?

Jacob (Nico Tortorella) seems more interested in that than patching things up with Emma. Emma just wants Jacob to love her again. From the looks of Jacob’s new attitude, however, he’s more inclined to kill her. After his threat on last week’s episode, we can’t believe she’s still trying.

Carroll is also working on his respective relationship. He wants Claire (Natalie Zea) to love him again. Unlike Emma, Carroll seems a lot more confident Claire will come around. It appears as though he’s withholding Joey until Claire becomes more compliant. Jacob tells her threateningly to make an effort. We see Claire dressed for dinner and meeting with Carroll. Our guess is she’ll play nice until the cult gives her access to her son. Then she’ll find a way to escape the house with Joey.

Even though Carroll isn’t quite ready to unveil his full plans, he’s still prepping for them. Hardy (Kevin Bacon) and his team uncover what appears to be a serial killer training ground in the form of an after-hours bar. According to show creator Kevin Williamson, as they raid the bar, they uncover the connection between it and the cult.

Williamson said this is one of the scarier episodes. We’ll plan on sleeping with the light on.