Is Matt Lauer on his way out, and who would replace him? It looks like NBC may have made a phone call to none other than Anderson Cooper, but was it for Lauer’s job? 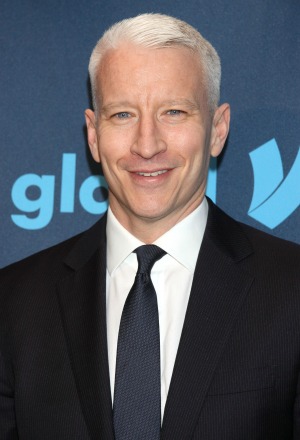 The Matt Lauer rumors are becoming even more rampant and it looks like Anderson Cooper is the newest name to be thrown into the ring along with the Today Show host.

According to the New York Times, NBC may have offered Cooper Lauer’s job on The Today Show. The host has been with the show for almost 20 years, and last year signed a $25 million contract through the end of next year.

But sources are saying a phone call to Cooper means NBC may be attempting to get rid of Lauer before then, or that Lauer may have asked to be let out of his contract.

“It was so surprising that some television industry executives thought the story was untrue, chalking it up to troublemaking by agents or rival networks,” said the New York Times. “But three people with knowledge of the call confirmed that it happened, and said they too were taken aback by it. The people insisted on anonymity because the call was considered confidential.”

The original story, by Deadline.com, said that Lauer later called Cooper to “express his disapproval” but TMZ said they have “confirmed” Lauer did no such thing.

“In fact, sources connected with the network and Lauer tell TMZ that Lauer is actually on board with the idea of Anderson replacing him,” said the website, “and he actually planned to have a meeting with Anderson to sit down and discuss it.”

Cooper’s contract with CNN expires in the fall, so the timing would be right for both him and NBC. An exec at the network did confirm with the NY Times that something happened, but they’re not saying if it relates to Lauer’s job or not.

“NBC News has many exploratory talks with talent inside and outside of the network, but to read anything specific into that is presumptuous,” the source told the newspaper. “We are confident in our anchor team and are focused on producing great morning TV.”

Cooper and Lauer’s names have also both been used relating to Alex Trebek’s possible replacement on Jeopardy. Time will tell, but Cooper will likely be a popular choice, wherever he ends up.