Jennifer Close’s second novel is a deep and honest exploration of family, which is why we’ve picked it as our Red Hot Book of the Week. 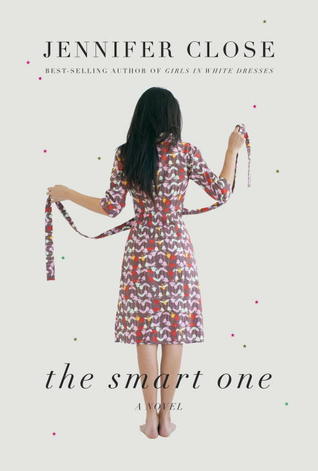 Jennifer Close received rave reviews for her debut novel Girls in White Dresses, and now she’s back with an all-new novel. While her debut focused on the uncertainty that comes after graduating from college but not being quite ready to call yourself an adult, The Smart One closes in on what happens when you fail at adulthood. Featuring characters from her debut, but functioning as a standalone novel, The Smart One is a thoughtful look at one family coping with their own insecurities and dysfunction.

Louise Coffey, or Wheezy to her children, defied the expectations of everyone around her when she married kind, gentle Will. She reveled in that, the fact that she exceeded what those around her thought of her, but now it’s expectations that are bringing her down. For Wheezy’s three adult children are not only having trouble moving forward in life, but they all seem to be regressing by moving back to the safety and security of home, rather than facing the world on their own.

Martha had a stellar career as a nurse, but she couldn’t make that work for her, so instead, at 30, she’s living with her parents and working at J. Crew. Her neuroses make her difficult to cope with, so Wheezy has always been easier on Martha than on her other daughter, Claire. So when Claire — miserable, alone, and in serious debt after a breakup with her fiancé — moves back home as well, it isn’t exactly a recipe for family harmony. And to make matters worse, it appears as though Max might be headed for the basement as well, complete with his girlfriend Cleo, who is beautiful but has her own quirks.

Written in an honest style, Close presents an unflinching look at the disharmony among one family. These characters may not be the easiest to like, but they’re absolutely realistic; Close knows how to write characters that will resonate. Readers will laugh and cry along with each one of them as they hope Claire, Martha and Max find a way to sort out their issues and find happiness.