The singer may be popular with gossip columnists, but when she gets up to do what she does best, she shows why she is one of the best. She kicked off her tour March 13 and March 14 in Omaha, Nebraska. 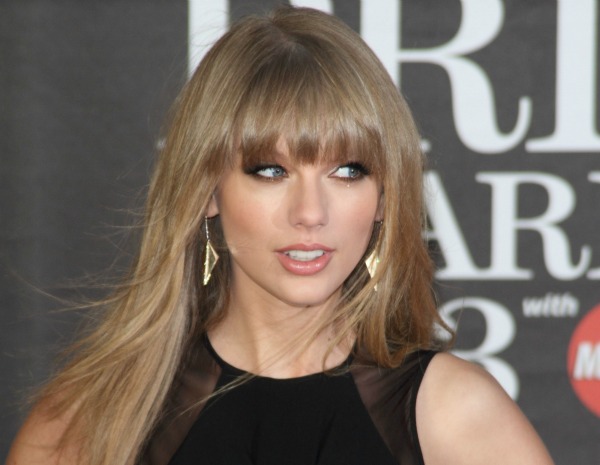 Taylor Swift kicked off a nationwide, six-month tour with two concerts March 13 and March 14 in Omaha, Nebraska. The larger than life performer did not disappoint, and the shows were truly Red. Of the 17 songs on her setlist, only five of them were not from her newest album Red.

Editor’s video pick: Taylor Swift’s “I Knew You Were Trouble” >>

“For the first four songs of Swift’s kickoff concert of ‘The Red Tour,’ screams, whistles and cheers melded with her powerful backup band to create a relentless cacophony,” said the Omaha World-Herald. “One suspects, though, that few in the packed CenturyLink Center crowd of 13,800 needed to make out Swift’s vocals above the din. They could listen inside their brains as they reveled in the dancers, the pyrotechnics, the sexy band members and backup singers and, of course, Swift herself.”

Taylor Swift started off the concert by talking about her persona in the media, but went into the music and didn’t mention it again.

She started off with three tracks off Red: “State of Grace”, “Red” and “Holy Ground”, and then into a fan favorite from her 2008 album “You Belong With Me.”

Through the singer’s eight wardrobe changes during the show, she added many other set design changes, which was meant to take her fans through the story of her songs.

“I think that the visuals kind of portrayed on this tour will be, I guess, more grown-up and a little bit more mature than things we’ve done in the past,” Swift told ABC. “I think on my previous albums and my previous tours, I’ve really liked to operate in the element of fantasy, and I think that this tour incorporates a little bit more reality into the visuals, which is nice.”

She then launched into a mix of her slow and fast songs, from this album and previous albums, playing past hits such as “Mean”, “White Horse”, “Sparks Fly” and “Love Story.” She also played her duet on her new album with tour opener Ed Sheeran, with the musician appearing on stage with her for the song.

Her most emotional piece may have been the Red track “All Too Well.” Swift sat at a piano in a black dress and sang the song that talks about being in love, and then having to get over that love when the person leaves.

“So this happened to me one time and I knew that in order to get past it I needed to write about it,” she said before the song. “So instead of trying to write how I felt about it, I just decided that it might be better to just write about what happened, because I remembered everything.”

The show ended with her first Red single, and crowd favorite, “We Are Never, Ever Getting Back Together.”

Swift’s Red tour will take her all over the country, and will wrap up in September with three dates in Nashville, Tennessee.