Pretty Little Liars is full off mystery. So much so that it’s getting a spinoff. ABC Family has confirmed that they’re developing a new series called Ravenswood. 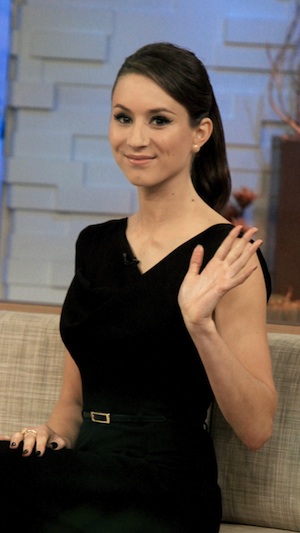 ABC Family is turning their Pretty Little Liars into a franchise. The network has greenlit a spinoff of the series called Ravenswood. Viewers can expect just as many plot twists and turns in the new drama.

Liars co-showrunners I. Marlene King and Oliver Goldstick, as well as executive producers Joseph Dougherty and Leslie Morgenstein, will bring the show to fruition.

According to Broadwayworld, “Ravenswood will center on a town, not far from Rosewood, Pennsylvania (the home base of Pretty Little Liars), which has suffered under a deadly curse for generations. Five strangers suddenly find themselves connected by this fatal curse and need to dig into the town’s mysterious and terrible history before it’s too late for each of them.”

Does this sound familiar? Like PLL, it too will follow a group of people tormented by a secret. Ravenswood is scheduled to debut right after Pretty Little Liars‘ annual Halloween special. Deadline reports that the episode will be used to introduce the spinoff’s main characters. So keep your eyes peeled.

Season 4 will kick off June 11 as the girls try to decipher the identity of “Red Coat”. What trouble does he or she have planned for the group?

Will you be tuning in to Ravenswood?