A retrial has been ordered in the Amanda Knox murder case after an Italian court found for the state under appeal. 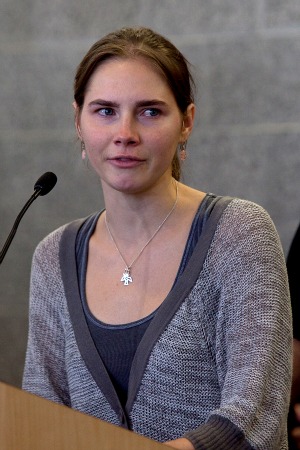 Amanda Knox will face a retrial in the Italian murder case that made her a front-page headline.

The American student stands accused of the brutal murder of her roommate Meredith Kercher in 2007. She and former boyfriend Raffaele Sollecito spent four years in an Italian jail until their convictions were overturned on the grounds the DNA evidence was flawed and police botched the investigation. Now prosecutors have been granted their wish to see the pair retried.

“It was painful to receive the news that the Italian Supreme Court decided to send my case back for revision when the prosecution’s theory of my involvement in Meredith’s murder has been repeatedly revealed to be completely unfounded and unfair,” Knox said in a statement to press today.

“The prosecution responsible for the many discrepancies in their work must be made to answer for them, for Raffaele’s sake, my sake and most especially for the sake of Meredith’s family. Our hearts go out to them.”

“No matter what happens, my family and I will face this continuing legal battle as we always have, confident in the truth and with our heads held high in the face of wrongful accusations and unreasonable adversity.”

Knox, who claims her confession was coerced by Italian police after they hit her on the head, maintains her innocence in her upcoming book Waiting to be Heard, set for release next month.

Now back in the Seattle area with her family, Knox will not have to return to Italy for the trial. Since the U.S. and Italy do not have a formal extradition agreement there’s a chance she won’t have to return even if convicted.

Currently, drifter Rudy Guede is the only person serving time for the slaying.