The Breaking Bad star’s car was broken into late last year and an all-important script was stolen, but will the burglary give away the finale? 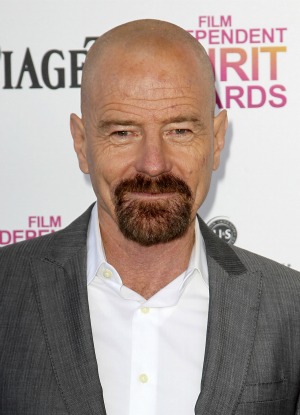 The final half of the final season of Breaking Bad has people on the edge of their seats, but the whole thing could be ruined, thanks to one thief.

According to actor Bryan Cranston, his car was broken into and a bag, containing a script and iPad, was stolen. According to ABC News, Xavier McAfee was arrested for the crime by the Bernalillo County Sheriff in Albuquerque, New Mexico.

He was found after one of Cranston’s employees was contacted by a confidential informant who heard McAfee allegedly bragging in a bar that he had stolen a bag with a Breaking Bad script inside.

Even though the news is just coming to light now, the burglary actually happened in December, which could be good news for the show. The season finale wasn’t yet filming, so that secret won’t yet be given away. It likely was one of the final shows leading up to the finale though.

Even though the suspected criminal has been arrested, the script hasn’t been recovered.

Breaking Bad star Charles Baker, who plays Skinny Pete, sent a message to the thief asking for the safe return of the script.

“You have the choice to be a better person than that,” Baker wrote, according to TMZ. “You’ve already made a choice to steal from a person (Bryan Cranston) who is loved by millions of people … don’t make it worse by betraying the rest of the cast and crew and fellow fans of the show.”

Meanwhile, actor Aaron Paul has been tweeting about the new episodes.

“Just read Episode 513 while laying in bed and now I’m scared to walk around my house. #BreakingBad,” he tweeted on Jan. 26, along with a photo of himself.

On March 17, he tweeted the end of the show, saying, “Just got home from the Breaking Bad wrap party and I’m pretty sad at the moment. I’m so thankful for every moment. I love you all.”

Part 2 of Season 5 of Breaking Bad is set to premiere on July 14.