The men of Smash run into conflict this week as Jimmy and Derek battle over Hit List and Tom runs into an old flame. 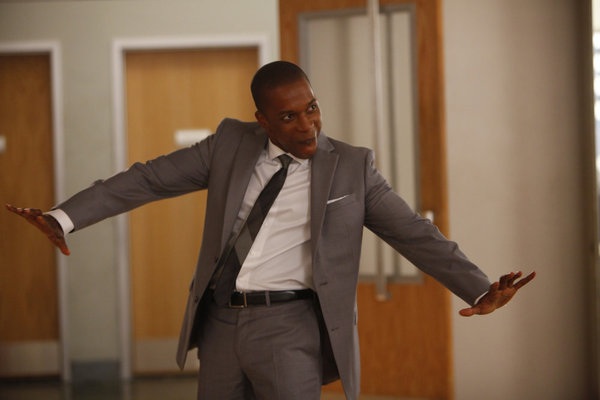 The drama continues in this week’s episode of Smash as Jimmy (Jeremy Jordan) and Derek (Jack Davenport) battle it out over Hit List. Apparently, these two divas have very conflicting visions for the show and their larger than life egos will definitely clash.

Jimmy loses his cool when he finds out Derek wants to cast celebrity Lea Michele as the lead. Does he even understand what Jimmy is trying to do with this show? A celebrity will completely ruin it. But she might also fill seats. Just a thought, Jimmy.

Another conflict arises between two other men with egos when Ivy (Megan Hilty) brings Sam back to town. Sam is Tom’s (Christian Borle) ex. He’s the beautiful guy with the sick dance moves Tom ended things with last season. There’s no doubt the encounter will be awkward, but will the pair rekindle their romance?

Tom’s had no real love interest to speak of and Sam seemed really good for him. But the timing could be better since Tom just signed on to direct the show of his dreams. A relationship or old feelings could be really distracting right now.

Karen (Katherine McPhee) has a conflict of her own this week as she has a difficult time standing up for what she wants. She’s let a lot of things slip through her fingers lately and hasn’t had a real “win” in a while. Will she finally be bold and go after Jimmy? Probably not, but it’d be nice to see!