The actor made some enemies by recording the ultimate in satire videos for the website Funny or Die. In the video, he mocks both Charlton Heston and the NRA. 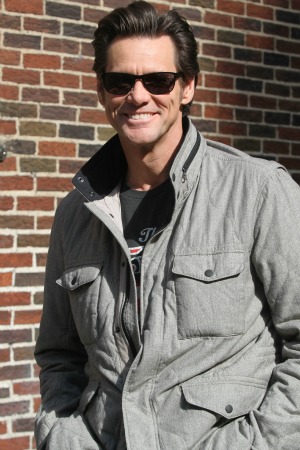 Jim Carrey is not holding back in a new video he recorded for the website “Funny or Die”. The video is a satirical piece (to put it lightly) about gun control and the actor plays two different characters.

“In the new ‘Funny or Die‘ sketch, Carrey plays both Heston and a member of a twisted country music band performing on Hee Haw, the popular CBS variety show from the 1970s,” said Ken Lombardi with CBS News.

In the video, Carrey plays the leadsinger of “Lonesome Earl and the Clutterbusters” and he sings the song “Cold Dead Hand.”

“Charlton Heston movies are no longer in demand, and his immortal soul may lay forever in the sand,” Carrey sang in the song. “The angels wouldn’t take him up to heaven like he planned, because they couldn’t pry the gun from his cold dead hand.”

The lyrics come from Charlton Heston himself, making the video the ultimate in satire. The former NRA president gave a speech during the 2000 presidential election in which he said gun control advocates could only take his firearms from his “cold dead hands”.

The members of Carrey’s band in the video were played by look-a-likes of Abraham Lincoln, Mahatma Gandhi and John Lennon. The three celebrities were all killed by gunmen in their lives.

The 51-year-old actor responded to the inevitable criticism of the video on Monday.

“’Cold Dead Hand’ is abt u heartless motherf%**ers unwilling 2 bend 4 the safety of our kids,” he tweeted. “Sorry if you’re offended by the word safety!”

Later, he responded to even more criticism, but has showed his critics don’t bother him.

The actor’s next project will be a children’s book, and he spoke about the new project in an interview with HitFix this week.

“I’m going to self-publish, because that’s just the world right now and I think it’s cool,” he said, according to MediaBistro.

The actor said the book will be “beautifully-illustrated” and will be telling the story of a “little wave named Roland.”