Twilight’s Stephenie Meyer presents her latest emo-teen love story on film, starring Saoirse Ronan and Max Irons as star-crossed lovers. With themes of spirituality and self-sacrifice, this movie will have you questioning what it really means to be human. 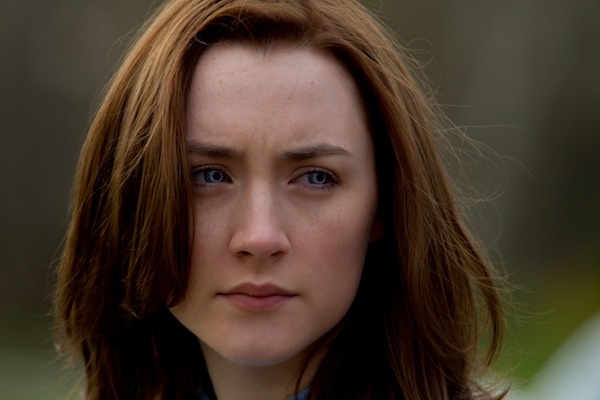 In this movie of futuristic Earth, a parasitic alien race has invaded the blue planet and attached their “Souls” to human bodies. The Souls invade a human’s brain through sparkly sperm-shaped light strands and cause the human’s eyes to appear like glowing blue lights.

This way of life is nothing new for the Souls, however — symbiosis is how their species has survived for millennia, much like many parasites on earth. Rest assured, though, the humans don’t like these soul-surfers one bit.

With very few un-hosted humans left, the ones with normal-looking eyes are in hiding, constantly worried for their survival. Melanie Stryder (Saoirse Ronan) is a strong-willed teen and sole protector of her young brother, Jamie (Chandler Canterbury).

Battle of the flicks: The Host vs. G.I. Joe: Retaliation >> 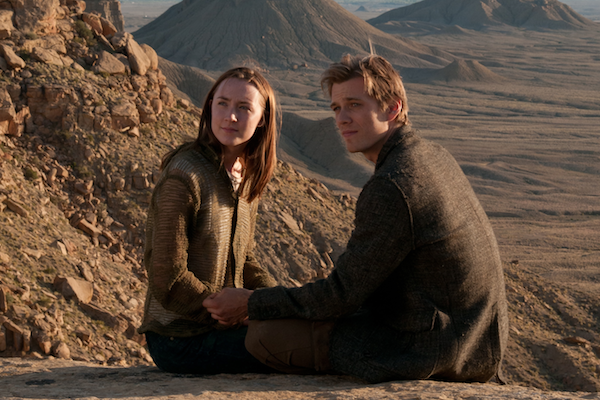 Melanie meets Jared (Max Irons), who’s also managed to avoid the aliens, and their chemistry leads to a deep romance. When Melanie is captured by the Seekers, a group of commando-Souls out to capture any un-hosted humans, she’s inhabited by a being known as Wanderer.

Typically, when a Soul inhabits a human, the human personality gets suffocated until it no longer exists. Due to Melanie’s die-hard will to live, however, her essence remains a strong presence inside the head of Wanderer, creating a schizophrenic relationship between the two. Wanderer literally hears Melanie’s voice inside her head and she doesn’t always like what she hears.

Things get more complicated when human Ian (Jake Abel) falls in love with Wanderer and makes kissing her a very strange endeavor, since Melanie’s voiceover is furiously against them hooking up. At one point, Ian asks if Melanie can “go somewhere else” so he can lock lips with Wanderer in peace, but that’s not really an option.

The men of The Host vs. Twilight smackdown: Who’s hotter? >> 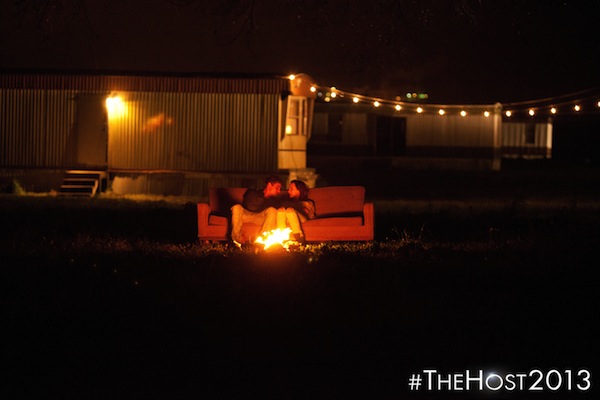 German actress Diane Kruger as The Seeker and newcomer Stephen Rider as Seeker Reed bring a sleek, futuristic aesthetic to the film, with their perfectly tailored white suits, glowing blue eyes and sharply focused demeanor. Rider is solid in his performance and has the good looks and charm of a young Will Smith — no doubt we’ll be seeing much more of him soon.

Bottom line: The Host is one of the most unusual love stories ever put on film, given that one human body encapsulates two sentient entities and each has her own human lover. It does, however, make you reconsider the connection between body and soul in a new way and for that alone, it’s a movie worth inhabiting.

The runtime is 2 hours, 5 minutes and there is nothing extra after the credits.