Two very different movies arrive at the box office this weekend — one is a Stephenie Meyer alien romance and the other an action flick based on a Hasbro doll. Which one should you see? Tough call! 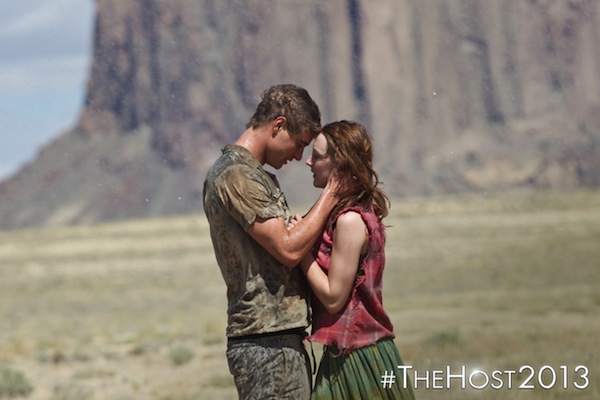 This futuristic love story creates one of the most unique and exiciting love triangles (or love squares, if you will) ever put on film.

When a young human woman, Melanie (Saoirse Ronan), is inhabited by an alien “Soul” called the Wanderer, both personalities fight for dominance over Melanie’s human body.

Things get even more complicated when Ian (Jake Abel) falls in love with The Wanderer despite Melanie’s love connection with Jared (Max Irons). A schizophrenic battle for love plays out inside Melanie/The Wanderer’s head.

I like this film for its fresh take on the connection between body and soul and think it’s a fascinating spiritual journey, but most other critics disagree.

Tasha Robinson of the A.V. Club said, “Once again, she’s [Meyer] produced a story with a few bursts of action spaced apart by a great deal of talking and silent glowering.”

Moira Macdonald of SeattleTimes.com said, “Everyone in the cast looks stricken and a little sleepy, like they just watched all four ‘Twilight’ movies in a row…”

Elizabeth Weitzman of NYDailyNews.com said, “There’s no more subtlety here than in the ‘Twilight’ saga, but at least this woozy, convoluted tangle represents a more interesting effort.” 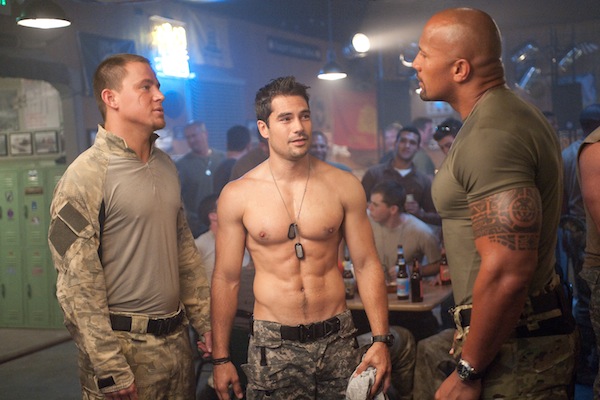 This spectacle in 3D has the G.I. Joe doll channelling its inner ninja. While light on original story, this movie is full of bad-a** chicks and hot dudes.

Lee is a lean and spry specimen who fights with a stunning combination of machismo and grace that makes Dwayne Johnson‘s ginormous biceps look cartoonish.

But the gorgous Adrianne Palicki as Lady Jaye and the exotic Elodie Yung as Jinx add serious femme power to the franchise, making the flick relavant and fun.

Betsy Sharkey of the Los Angeles Times said, “There is some very good snark thanks to those wild and crazy ‘Zombieland’ writers Rhett Reese and Paul Wernick.”

Christy Lemire of the Associated Press said, “…at least it’s efficient in its muscular mindlessness.”

Stephanie Merry of WashingtonPost.com said, “If ‘G.I. Joe: The Rise of Cobra’ teaches us one very small thing, it’s that box office returns have more to do with familiar franchise names than film quality.”

The SheKnows movie winner of the week is The Host for its spiritual themes and overwhelming love for Meyer’s novel, on which it’s based.