Cougar Town is sticking around. TBS has extended its stay by picking it up for Season 5. Courteney Cox and the rest of the gang will be back next year. 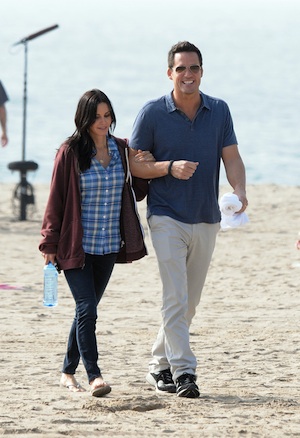 We have good news for fans of the Cul-de-sac Crew. TBS has confirmed that Cougar Town has been renewed for a fifth season. The Bill Lawrence and Kevin Biegel comedy is currently in the middle of its first run on the cable network.

Cougar Town originally aired on ABC for its first three seasons. It was a cult hit but failed to muster up huge ratings. After dwindling on the schedule for months on end, TBS took it off ABC’s hands. It made its cable debut Jan. 8 and has been a strong performer ever since.

Busy Philipps is sick of ABC pushing around Cougar Town >>

“Cougar Town has been everything we hoped it would be: a smart, big-hearted, laugh-out-loud comedy that shines a bright light on the TBS brand,” said Michael Wright, TBS president of programming, in a statement. “This season, the brilliant cast and immensely creative production team on Cougar Town have crafted their best episodes yet, and we couldn’t be happier inviting them back for more.”

Are you happy Cougar Town is here to stay?