The 2013 MTV Video Music Awards are headed East after three years on the West Coast. Don’t look for the show in Manhattan though, the VMAs are headed to Brooklyn. 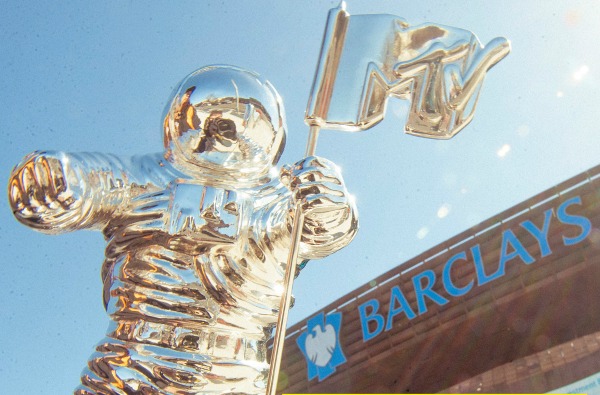 The MTV Video Music Awards are on the move. For the 30th anniversary of the pioneering awards show, the music channel is moving them back to the East Coast. It’s not going to be in Manhattan though, the show will take place in Brooklyn.

In an announcement on Monday, the network decided that having the first major awards show in Brooklyn, at the new Barclays Center, is fitting for their big anniversary year. The event will take place on Sunday, Aug. 25 live from the outer borough.

Stephen Friedman, President of MTV, said in an official statement, “From a vibrant musical scene for up and coming artists to epic concerts by today’s biggest stars and the triumphant return of pro sports to the borough after nearly 60 years, Brooklyn has re-emerged as a cultural capitol where music, sports and entertainment history is made every day. We can’t wait to help write the next chapter on August 25th, when one of the biggest nights in music happens in Brooklyn… for the very first time.”

Rebel Wilson let her girly parts hang out at VMAs >>

The borough has become a central hub for artists and sports after Jay-Z helped champion the site as the perfect location for his basketball team, the Brooklyn Nets. Barbra Streisand also made a triumphant return to her neighborhood on her recent concert tour.

Brooklyn Borough President Marty Markowitz is excited by the attention the MTV show will bring.

He said, “From hip-hop to hipsters, JAY Z to MGMT, Brooklyn musicians have a long history of dominating the ‘spotlight’ on MTV. Brooklyn is a cultural Mecca—the hippest, coolest place for young people across the country, and has played a crucial role in the careers of some of 2013’s biggest bands, like Fun and the Lumineers. Bravo to MTV on a decision that hits all the right notes and strikes all the right chords.”

The last time the city of New York hosted the VMAs was in 2009 when it was held at Radio City Music Hall. The last three years, the show has been held in LA, either at the Staples Center, last year’s location, or the nearby Nokia Theatre.

Hopefully, a change of location will reenergize the show which suffered a huge ratings drop in 2012. That’s what the network is hoping for, while New York is thrilled to have the show on the East Coast because it provides a large revenue boost to the city.

However, do young fans even know that MTV once played music videos 24 hours a day?