Hey Nashville fans! Have you ever wanted to meet the lovely and talented Connie Britton (Rayna), and get to see the set of ABC’s hit series? Well, now’s your chance. 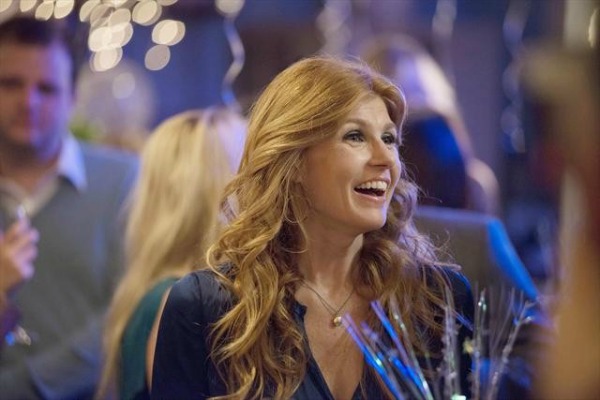 Nashville and Charitybuzz have teamed up to give one lucky fan the chance of a lifetime, while helping an important charity along the way. The show is auctioning off a visit to the set of Nashville to meet star Connie Britton, with all proceeds benefiting Planned Parenthood LA.

During your set visit you’ll see filming and be given access to see all the behind the scenes action. The show follows chart-topping Rayna James (Connie Britton) who is a country legend who’s had a career any singer would envy, though lately her popularity is starting to wane. Fans still line up to get her autograph, but she’s not packing the arenas like she used to. Rayna’s record label thinks a concert tour, opening for up-and-comer Juliette Barnes (Hayden Panettiere), the young and sexy future of country music, is just what Rayna needs. But scheming Juliette can’t wait to steal Rayna’s spotlight. Sharing a stage with that disrespectful, untalented, little vixen is the last thing Rayna wants to do, which sets up a power struggle for popularity. Could the undiscovered songwriting talent of Scarlett O’Connor (Clare Bowen) be the key to helping Rayna resurrect her career?

It sounds like it could be a really fun day for a fan of the show and a great opportunity for someone either living in the Nashville area, or someone who would like to visit the city that is the home to such amazing landmarks as the Grand Ole Opry.

For your chance to bid on the Nashville set visit with Connie Britton, be sure to visit the auction page on the Charitybuzz site.

What do you think, Nashville fans? Are you willing to put up some cash for a good cause and get the chance to meet one of your favorite stars of the hit series?