What happens when a heroin addict decides to detox in a cabin that’s possessed with some pretty angry demons? Let’s just say it’s so frightening, Dr. Drew himself wouldn’t survive this rehab. Though not campy like the original, this horror flick has enough blood to service a WWI field army. 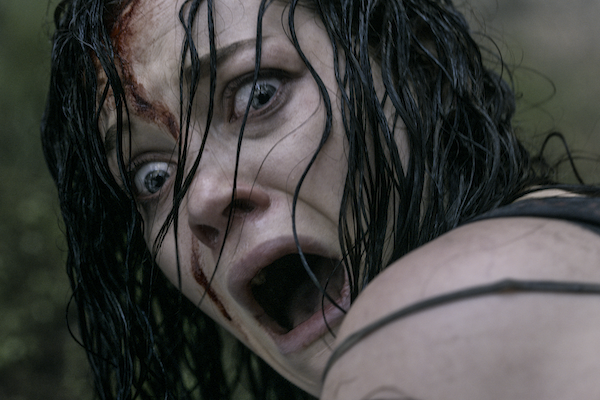 Because we live in the era of a skittish Hollywood that is terrified to try anything new, remakes, sequels and prequels rule the box office. But in the case of Evil Dead, that’s not necessarily a bad thing.

Mia (Jane Levy), heads to a cabin in the woods with her besties Eric (Lou Taylor Pucci), Olivia (Jessica Lucas), her estranged brother David (Shiloh Fernandez) and his girlfriend Natalie (Elizabeth Blackmore). Having nearly died from an overdose, Mia’s plan is to kick the junk at the cabin with the support and tough love of her friends and brother. 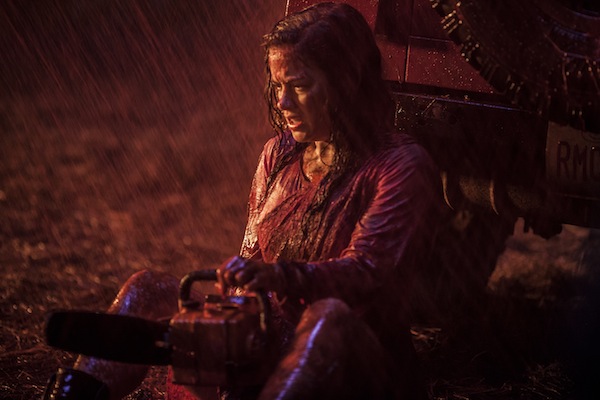 Just as Mia starts experiencing withdrawal, Eric finds The Book of the Dead — an archaic tome with demonic incantations, horrific illustrations, and bound in human flesh. The book, along with the discovery of numerous dead mutilated cats, don’t distract the youngsters from the task at hand. But the worse Mia’s withdrawal gets, the more the demons make their presence known.

Perhaps the best scene in the film involves Olivia’s willful amputation of her own arm using an electric bread slicer from the 1970s (yes, it’s that kind of movie). Soon, the cabin becomes a sea of blood, bloody barf and body parts. 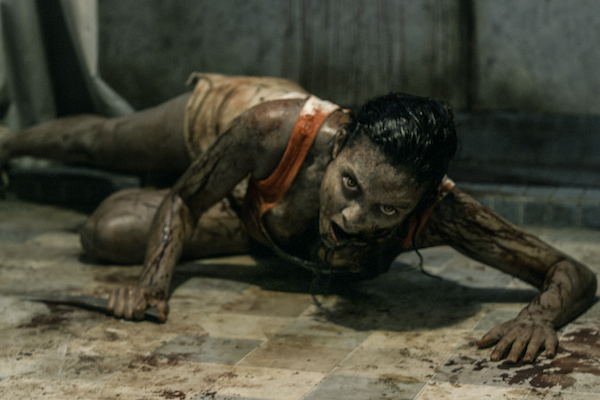 David hatches a plan to save his sister from herself, but like any good demon and drug addict, they are expert manipulators. I found the analogy of demon possession and heroin addiction to be an apt metaphor. Both are truly horrific. Both kill. Both are tough to conquer.

Bottom line: This movie is extremely gory — chainsaws, hypodermic needles, and nail guns abound. But if extreme gore is your speed, you’ll love this remake of an old classic.

Run time is 1 hour, 31 minutes. If you’re a fan of the original Evil Dead, you’ll want to stay through the credits!

Warning: This trailer is for mature audiences