I coulda been in Django Unchained, the actor tells Entertainment Weekly, I just didn’t wanna. Why? The part just wasn’t showy enough for this peacock. 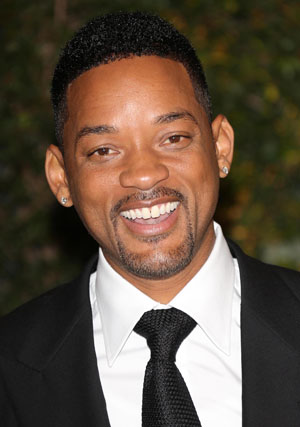 When plans for the psycho Western were announced, rumors had Smith as Django. But he turned it down. Why?

“Django wasn’t the lead, so it was like, I need to be the lead. The other character was the lead!” the actor explained to Entertainment Weekly.

Ohhhhh. So just having the hero’s arc in which you’re delivered out of slavery, save a damsel in distress and literally ride away with her on a horse at the end of the movie — that wasn’t the lead? Despite the movie being called Django Unchained? Got it.

After Earth: Will and Jaden Smith survive together >>

Instead, it was Christoph Waltz, playing bounty hunter Dr. King Schultz, who dispatched big bad Calvin Candie, played by Leonardo DiCaprio, setting off an epic bloody battle. Waltz turned in a comedically epic performance that definitely stole the movie, and won the Academy Award for Best Supporting Actor at this year’s Oscar ceremony.

Smith did say that he loved Django Unchained when he saw it. “I thought it was brilliant,” he said. “Just not for me.”

For his part, Tarantino told Total Film in 2012 that Smith was “one of the people” that he met with, but when he met with Foxx, it was all over. “You just know when you meet the guy, and I met the guy… I met with six magnificent actors, but he was the cowboy and I was looking for the cowboy.”

Will Smith and son Jaden Smith will appear together in Smiths-in-space summer tentpole After Earth.