Even though they’re in different genres (and very different generations), Bruce Springsteen saw Morello’s talent and brought him along on his tour to join the E Street Band. 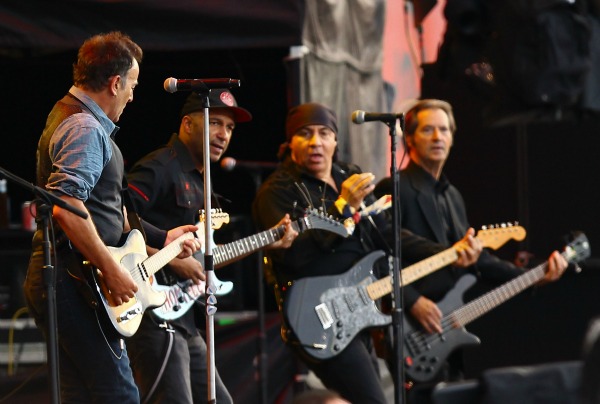 Anyone who has followed Rage Against the Machine since the beginning may have seen the genius and musical talent that is Tom Morello. But for anyone who’s not a fan, it may be hard to see that the guitarist from one of the first metal/hard rock/hip hop (and everything in between) bands would end up being such an important part of the music industry.

One person who did see Morello’s talent was none other than Bruce Springsteen. The musician invited Morello to join the E Street Band on his current tour, and the guitarist is happy to be along for the ride.

“It’s been great. It’s been really an honor being onstage with one of my favorite bands — one of the greatest live bands of all time,” he told Rolling Stone. “I’ve been to a lot of Bruce Springsteen shows, but I’ve never been to four consecutive ones. And every show isn’t just a different show — a completely different experience.”

The Wrecking Ball Tour is currently on its Australian leg, and Springsteen is breaking out some old hits, as well as songs he hasn’t played in a while. According to Rolling Stone, Springsteen and the band have been playing some old rarities like “High Hopes,” “Bishop Danced” and “Be True.”

“Our band plays very differently night to night. It’s not a repetition, it’s a renewal,” Springsteen said. “If you’re doing it right, that’s how it feels.”

But joining a band that has been together for years, Morello (understandably) felt a little nervous. So he did everything he could before joining the tour to make sure he would live up to the big task.

“Every night, there’s six to eight songs I have literally about a nanosecond to prepare for,” Morello continued. “But it’s fun. Now that I know that’s the gig I’m like, ‘Lets go!’ Make it clear: I’m not asking Bruce to stump me. I would love to play ‘Thunder Road.’ But it’s been a really fun challenge.”

And Morello said there is a reason he has been able to join the band so quickly, and it’s not just talent.

Bruce Springsteen and Paul McCartney are silenced in London >>

Morello joined the band for the Australian leg of the tour because Steven Van Zandt is currently filming a movie, Lilyhammer. He will return to replace Morello when filming is complete.