Beyoncé’s dad has spoken out for the first time about being kicked to the curb as her business manager — and he insists that was not exactly how it went down. 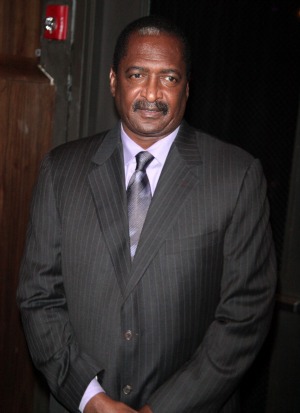 When Beyoncé and her longtime business manager father Mathew Knowles dissolved their professional relationship, the assumption was that she fired him in favor of her husband Jay-Z’s team. Not helping Daddy’s case was being kicked to the curb by Beyoncé’s mom Tina Knowles after having a baby with his mistress.—

Now Mathew is speaking out for the first time in light of Bey’s documentary Life Is But a Dream, which delved into the split in a very public way.

“I’ve never revealed this much in an interview before. Normally I hate to talk about anything personal, but it would be a lie if I did not say it has been difficult,” he said in an interview with The Sun.

“But I try to always have a positive mind about things and you got to do it the right way.”

When the split went down, Beyoncé issued a public statement saying, “I am grateful for everything he has taught me. I grew up watching both he and my mother manage and own their own businesses. They were hardworking entrepreneurs and I will continue to follow in their footsteps.”

“He is my father for life and I love my dad dearly.”

Mathew responded in his own statement, “Business is business and family is family. I love my daughter and am very proud of who she is and all that she has achieved. I look forward to her continued great success.”

Beyoncé has not commented on her father since the split.

13 mins ago
by Daisy Maldonado