Daley is a soulful artist with a voice that is almost unreal — good thing there’s a music video to prove it is. 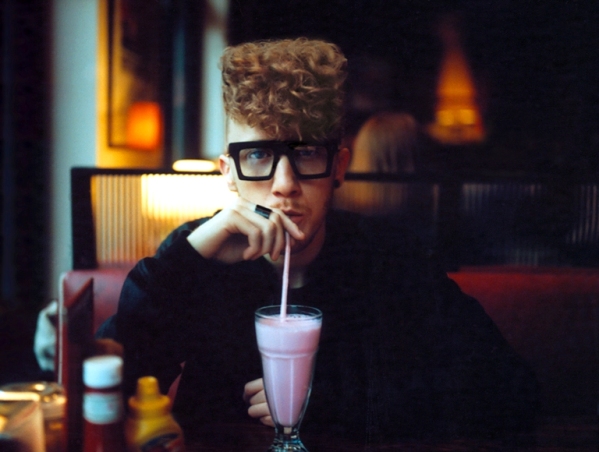 While the world has been talking about Robin Thicke and Justin Timberlake (man, even I’m talking about him everywhere and all the time), UK artist Daley has been around and I’m almost ashamed to say I didn’t discover him until now.

While his voice is so high I almost thought it was a woman (factoring in I knew Floetry’s Marsha Ambrosius was on the track), watching him in action is worthy of being an editor’s pick. The story isn’t much other than pent-up frustration and sensual black-and-white lighting, but it’s got understated class.

Which country music video had a lot of similar pent-up frustration? >>

If that doesn’t get your interest flowing, watching this swagger-laden artist is entertaining enough. With a Bruno Mars-esque hairstyle and hipster glasses, he graces the screen with so much R&B flare he reminds me of Maxwell. He’s obviously got some mega-sized personality, and unless he also part-times as an actor, he’s completely enamored of his music by the looks of it. He sings with a fever and passion, and yearns to get each word out — it flows out so connected it’s as though it was stitched together. While you may think you could simply hear it in the song, his performance in this video made me notice it. You can respect that type of dedication and immersion, particularly when you see it displayed so vividly on-screen. And the original “Songstress” herself, Madame Ambrosius, kills it on the female vocals. If I could snap my fingers to this steamy display of poetic outpouring, I would.

Where does Bruno Mars get his style inspiration from? >>

A Universal Republic singer-songwriter, Daley finished up a tour with other famed sexy-cool artist Miguel back in January. I look forward to stalking his music more, since this isn’t a voice you’ve heard on the radio yet. Produced by Canei Finch, the song is from the EP Alone Together. Watch the video below and drop a comment to let me know what you think!

Need something else to watch? Check out our other editor’s video picks: