Justin Timberlake brought forth both his admiration for his grandparents and his slick dance moves for the music video “Mirrors.”

Justin Timberlake‘s hiatus was a tragic waiting period for fans everywhere. But when he came back 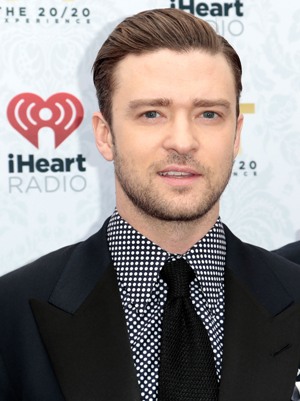 with “Suit & Tie” — a single that I must admit had to grow on me before I was singing along — I had no idea he would come back with such a vengeance. Perhaps it’s the Jay-Z affiliation, or the Kanye West jab, but he was charming his way back into my good graces.

And then he released the video for “Mirrors.”

He blew in like a hurricane, and that aforementioned “waiting period” was just the eye of the storm. He’s back with a more mature look, and a heartbreakingly beautiful tribute to his grandparents.

Justin wanted to honor his grandparents’ love. They were married for 63 years, and their names adorn the opening credits. The video is a short film revolving around a couple who met back in the day, and as time progresses, so does the good and the bad. In between the smiles and the laughs you see tears and pain. The couple is so intertwined that the symbolism leads us to believe they end up mirroring each other in old age.

The most striking scene occurs when the old woman takes off her wedding ring, signifying what I presume to be the death of her husband. She drops it and Justin catches it. This then prompts a dance set and a contemplative Timberlake grappling with what the song means to him. It’s epic, it’s tragic, and it’s absolutely 100 percent art.

Did Justin regret his love affair with Britney Spears? >>

He sets the bar high and leaves you feeling low, especially if you haven’t found a love like that yet. His grandparents make you envious of how their love overflowed for one another, and he makes you jealous of him for having grandparents like that.

How much does Jessica Biel love Justin? >>

The video was directed by Floria Sigismondi, and it’s one you cannot miss. Check it out below and leave a comment on how it affected you!

Need something else to watch? Check out our other editor’s picks: