The legendary musician went 10 years without releasing new music, but his new album proves he is just as talented as when he first arrived on the international stage, four decades ago. 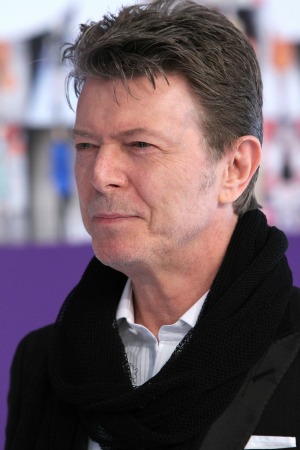 When a cultural icon decides to come out of an unofficial retirement, exactly how does he do it? For David Bowie, it was like riding a bike. The iconic singer announced just two months ago he would be releasing his first album in 10 years, The Next Day, and it’s like he never stopped making music.

Why David Bowie is classier than Justin Timberlake >>

It could be said that Bowie’s heyday was the 1970s through the 1990s — and that’s a long time right there. But the truth is, he was making music and receiving good reviews up until 2003’s Reality. And then the music stopped.

Besides a few re-releases of old albums, he hasn’t put out any music or toured since that 2003 album.

“In a career that had seen him reinvent his music and onstage persona many times, it would have appeared that Bowie finally decided to call it quits in a quiet manner and without much fanfare,” said David Chiu with CBS News.

Many artists who could be called his peers are still out making music and touring, including Elton John, Paul McCartney and the Rolling Stones. And it looks like Bowie was finally ready to get back in on the action.

“In recent years radio silence has been broken only by endless speculation, rumor and wishful thinking… a new record… who would have ever thought it, who’d have ever dreamed it!” Bowie’s rep said in a press release Jan. 8, 2013, announcing the album. “After all David is the kind of artist who writes and performs what he wants when he wants… when he has something to say as opposed to something to sell. Today he definitely has something to say.”

The first single off the new album, “Where Are We Now,” is a melancholic piece and a good representation of the album. The video represents a past time in Bowie’s life and shows how he feels in the song.

“The first single off the new record… could be considered a postscript to Bowie’s time in Berlin back in the ’70s,” said Chiu. “This ballad — with allusions to places associated with the German city like Potsdamer Platz and Nürnbeger Strasse — is quite eloquent, as it is melancholic and hopeful at the same time.”

Critics seem to agree that Bowie’s time off was well spent and this album was worth the wait.

“The new album… has received almost universal acclaim in the press, and that praise is warranted,” Chiu said. “It’s Bowie’s strongest work to date and a continuation of the creative roll he had been on starting with 2002’s Heathen and [2003’s] Reality.”

For The Next Day, Bowie worked with producer Tony Visconti, who also worked with Bowie on his albums Space Oddity, Young Americans, Scary Monsters, Heathen, Reality and many others.

This time out, Bowie definitely has something to say — maybe that he is just as talented as he has ever been.