The actor talks about his inspiration for taking on the convicted murderer in the made-for-TV movie Phil Spector. 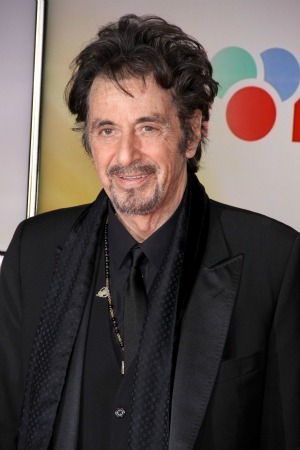 Phil Spector is an interesting character, in more ways than one. And Al Pacino felt he was the right one to tackle the character of the record producer who was later convicted of the murder of his houseguest.

Writer and director David Mamet also felt Pacino was the only one who could represent Spector in his film.

“They handed me a documentary, The Agony and Ecstasy of Phil Spector, where he talks for an hour straight and where they actually go into the Wall of Sound and the mechanics and you get a sense of what this guy did,” Pacino told the New York Post.

While the film is about the life of Spector, it calls itself a “fiction,” according to the Post. And it is also about Spector’s relationship with one of his attorneys, Linda Kenney Baden. The film has signed some of the biggest names in Hollywood, and for Baden’s character, they snagged none other than legendary actress Helen Mirren.

“There’s something to say for that kind of balance. You see them falling in like with each other. That convinced me to do it,” Pacino said.

He added that the actress was “the greatest person I ever worked with. I don’t mean to gush. Just every day to see her. Just to talk to her every day. What a treat.”

According to the New York Post, the film is told from the view of Baden, who starts the film thinking Spector is guilty of shooting Lana Clarkson. But as she begins to examine the evidence, she becomes convinced the shooting was an accident.

For Pacino, the study of Spector’s character is what drew him to the role.

“There’s film on everybody,” the 72-year-old said. “I can’t tell you how many times I watched those documentaries on Spector or Kevorkian. When you have access to real character, it stimulates the imagination. It’s something to take off from. You don’t do it literally. You just live with it.”

Pacino is next rumored to be playing Penn State football coach Joe Paterno. But while he said the movie is being written with him in mind, he will not commit to that project until he sees the script.