With many of the major stars returning for Girl Meets World, William Daniels’ character means the new show will have a similar feeling as the original. 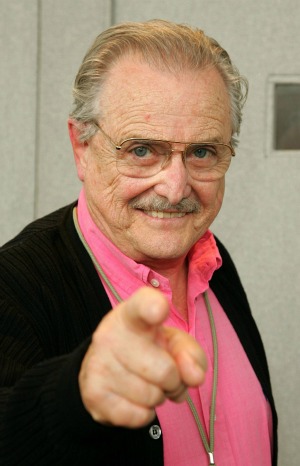 It’s beginning to look a lot like Boy Meets World. Most of the original major stars from Boy Meets World have signed on for Girl Meets World, a sort of spin-off following Cory and Topanga and their children.

It was back in November that original stars Ben Savage and Danielle Fishel signed on, and the new show has also found actors for the daughter and son of Cory and Topanga. Now, one other piece of the puzzle seems to be in place.

William Daniels, who played Mr. Feeny in the original, has signed on for Girl Meets World, according to Us Weekly.

“It’s not clear yet what Daniels will be doing in the pilot, but he’s already making himself at home on set,” said the magazine. “Earlier this week, he was photographed in a classroom setting with Maitland Ward, who played Rachel in seasons six and seven of the original 1990s series.”

Danielle Fishel reveals how Topanga got that crazy name >>

Daniels and Ward are not the only original actors who have appeared on the set, but it’s not yet clear who else has signed on.

“Rider Strong and Will Friedle — who played Cory’s best friend Shawn Hunter and older brother Eric Matthews, respectively — were also snapped on set, but a source tells TV Line that they were just visiting and will not appear in the pilot,” said Us Weekly. “Which is not to say they couldn’t return if the show gets picked up.”

Strong is happy with the idea of the new pilot but doesn’t necessarily think it should have much to do with the original series.

“I am extremely happy for Ben [Savage] and Danielle [Fishel] to be able to continue the story,” he wrote soon after the new series was announced. “But Girl Meets World will be, and I think it should be, its own show. It will be about Cory and Topanga, their daughter, and a new set of characters. It’s the next generation. And I, for one, can’t wait to see it evolve.”

It’s not clear how Daniels will appear in the new series, but since he was a guiding voice of reason in Boy Meets World, chances are in Girl Meets World, he will be guiding a whole new generation.