The comedian doesn’t think his style is any laughing matter and has ordered a website to stop making money off his iconic sweaters. 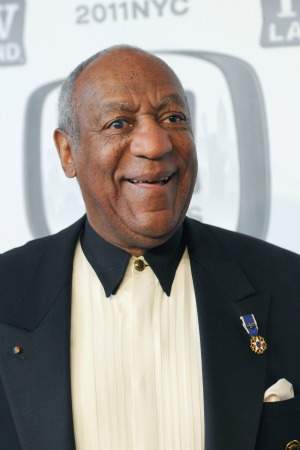 They say imitation is the sincerest form of flattery, but imitating Bill Cosby will apparently only get you in trouble. The comedian’s legal team sent a cease and desist letter to a website calling itself CosbySweaters.com.

According to the Huffington Post, the website has existed for more than two years and is for “sports fans who love music, tech, pop culture and dumb Internet videos.” The website’s name is simply a tribute to Cosby, but the funnyman didn’t find it so funny.

“Cosby wasn’t so appreciative of the gesture, with the legal reps asserting in the letter that Cosby’s association with these sweaters has become so marked that it is part of his intellectual property,” said the Huffington Post. “Because gaudy sweaters are clearly creative entities and all.”

Kiley Kmiec, the website’s creator, quit his job to work on the site just a few weeks before receiving the letter from Cosby. But he seems to be taking it in stride and knows the name of the site is not the only thing that makes it popular.

Cosby seems to only be irritated at the idea his sweaters have become a cultural phenomenon. Collectors Weekly recently asked him what he thinks about it and he wasn’t too happy with the youngsters making a brand out of his life.

“I have no idea, and I’m not going to make up anything, but I think youthful people have a long time to live, so they can waste some time on something like that,” Cosby, who was writing an article about the famous “Cosby sweater” told the magazine.

CosbySweaters.com will go on, probably under another name though. And at least one person has learned that no matter the comedic genius, it doesn’t mean they have a sense of humor when it comes to their brand.