My Chemical Romance has been out of the spotlight since their last album, in 2010. A breakup has been long suspected, and now it’s official. 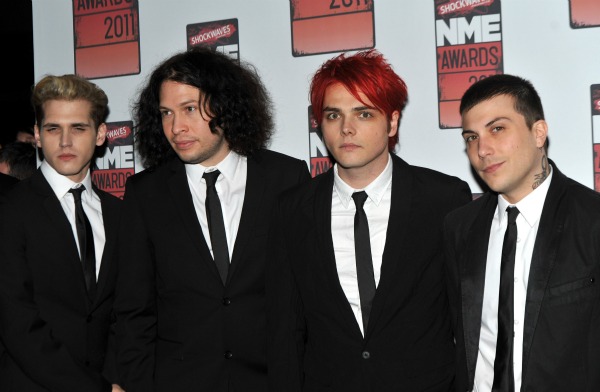 My Chemical Romance have been off the grid for a few years, and the band has finally announced they have decided to call it a day.

Did the Foo Fighters just break up? Again? >>

My Chemical Romance released their first album almost 12 years ago, in 2002, but really made their way onto the national scene with 2004’s Three Cheers for Sweet Revenge. The album featured the hits (and MTV darlings) “Helena” and “I’m Not Okay.”

In 2006, they followed up their sophomore album with The Black Parade, a much darker album that was considered an ode to the death of Gerard and Mikey Way’s grandmother.

“And though you’re dead and gone believe me/Your memory will carry on. We’ll carry on,” the band sang in the first single from the album, “Welcome to the Black Parade.”

In 2010, the band released the album Danger Days: The True Lives of the Fabulous Killjoys. The album gained many positive reviews, but many of the fans from the 2004 album had grown up or moved on.

Can a breakup be good for your health? >>

On Friday, March 22, the band posted a message on their website announcing they had broken up.

“Being in this band for the past 12 years has been a true blessing,” the band said in the statement.

My Chemical Romance started out traveling the country in a van (which was documented through home video in “I’m Not Okay”) and evolved into a band playing to stadiums full of people.

“We’ve gotten to go places we never knew we would,” they continued. “We’ve been able to see and experience things we never imagined possible. We’ve shared the stage with people we admire, people we look up to, and best of all, our friends.”

The message from the band shows no resentment or any reason to believe their relationship with each other has crumbled, just that they feel moving on from the band is the right thing right now.

“And now, like all great things, it has come time for it to end. Thanks for all of your support, and for being part of the adventure. My Chemical Romance.”