Grab a frosty-cold margarita or a cerveza and kick back with a tailor-made playlist that will make any Cinco de Mayo gathering a true fiesta! 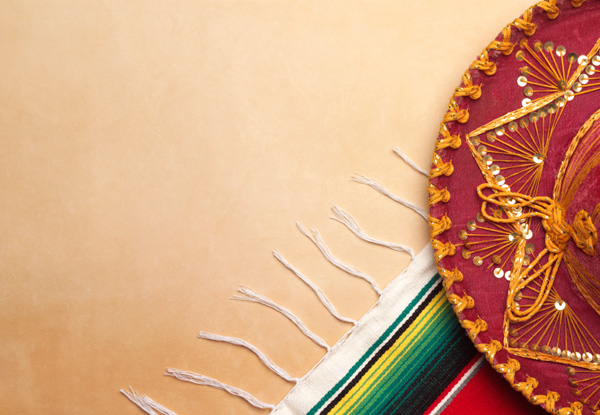 Turn
your party into a fiesta

Grab a frosty-cold margarita or a cerveza and kick back with a tailor-made playlist that will make any Cinco de Mayo gathering a true fiesta!

OK, so Cinco de Mayo isn’t Mexican Independence Day (that’s actually Sept. 16). It started as a celebration of the Mexican army’s win over the French back in 1862. But who cares! I mean, do we really need an excuse for some margaritas and a backyard carne asada (that’s a barbecue party for all of us who weren’t so muy bueno in Spanish class)? No! We don’t need an excuse.

Spice up your Cinco with this awesome Cinco de Mayo drinking game! >>

Luckily, we have put together a Cinco de Mayo playlist that will make even the biggest wallflower get up and move his or her feet. And while these are the perfect tunes for a fiesta, you may just like them so much, they’ll creep into your music selection all year round.

“La Bamba” is all about dancing. Translated, the song explains that in order to dance the bamba, you have to have a sense of humor, which is great if your amigos are anything like mine. So what are you waiting for? Get dancing. Arriba! Arriba!

Admit it. You know the whole dance. We don’t judge. We know it too. “Macarena” was the “Gangnam Style” of the ’90s.

The dance called the mambo was developed in Cuba in the 1930s. According to the Social Security administration, Mary was the most popular girl’s name in the 1930s, so it seems that Lou Bega did his homework. However, Monica, Erica, Tina and Jessica were not popular girl names in the 1930s, but “A little bit of Doris…” just doesn’t have the same ring to it.

Kick up the heat with these traditional Mexican salsas >>

But you’re going to need a lot more songs than these to take your party into the night. From all across Latin America, here is our complete Cinco de Mayo playlist. 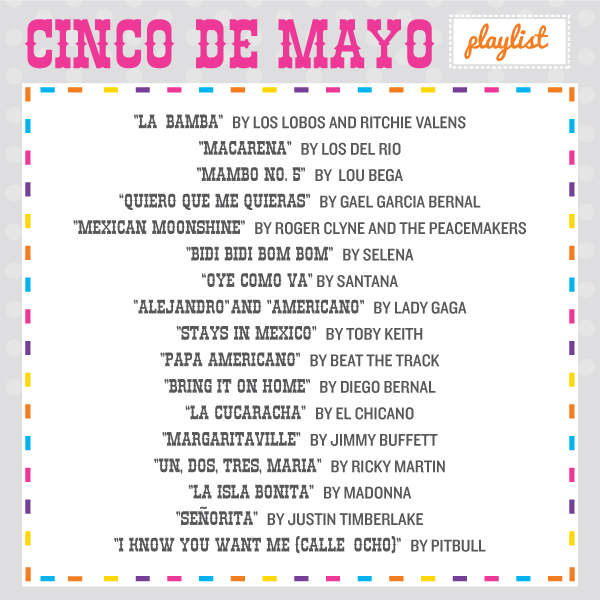 So what’s on your Cinco playlist? Anything we’ve forgotten? Let us know in the comments.