Get your costume ready because WonderCon is almost here, and this year, Revolution is joining the convention with exclusive screenings and a cast panel. 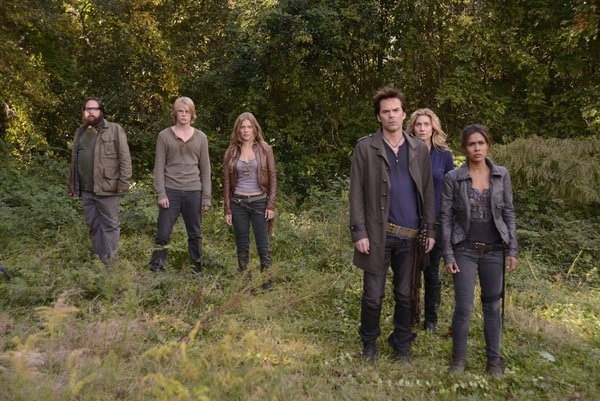 WonderCon is fast approaching. The 2013 science fiction, comic book and motion picture convention has a pretty impressive lineup, including events from the Revolution cast and creators.

The weekend will start on Friday with exclusive screenings from fan-favorite series including Revolution, which will be hot off its spring premiere. Warner Bros. TV will unveil the world premiere of new, previously unaired episodes of Revolution. Other shows that will be screening episodes include The Following, Teen Titans Go! and Arrow.

Following the screening, Revolution will continue the weekend with a cast-and-creators panel on Saturday. All your favorite cast members — including Elizabeth Mitchell, Tracy Spiridakos, Zak Orth, David Lyons, Daniella Alonso and Tim Guinee, along with executive producer David Rambo — will be in attendance. Here are some burning topics the panel is sure to address:

The cast will be revealing exclusive information about the remaining episodes of the first season. With the return of Revolution on March 25, we’re sure there will be lots to talk about.

Other shows hosting panels at the event include Vikings and Falling Skies.

How to attend WonderCon

The convention will be held March 29–31 in Anaheim, California, and the weekend is packed with TV premieres, expert panels and cast Q-and-As.

Three-day badge passes are available for $40 in advance or $50 at the door. The WonderCon website says that passes for all three days are likely to sell out before the start of the convention.

Are you planning on attending WonderCon this year? Don’t worry if you can’t make it — SheKnows will be covering the events as they happen, so stay tuned for updates!