Mary Margaret is still not herself, Neal’s fiancée comes to town, and we finally find out what happened to August when magic came to Storybrooke. 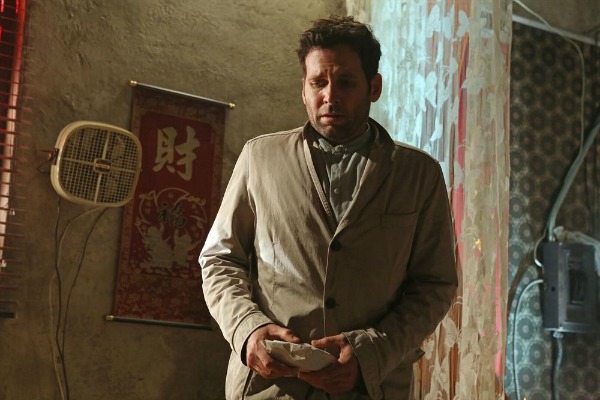 Once Upon a Time Season 2 continues on Sunday, March 24, with an episode called “Selfless, Brave and True.” Check out the synopsis and preview videos below to find out more about the episode.

Work begins on Once Upon a Time spinoff >>

Here is the official synopsis from ABC:

While Mary Margaret goes off on her own in an attempt to come to grips with what she did to Cora and how her deed has affected her, she stumbles upon August, who has hidden himself away from the others and is completely made of wood — ashamed at the actions he has taken in life; and Emma is shocked when Neal invites his fiancée, Tamara, to come to Storybrooke. Meanwhile, before the curse was cast, August is introduced to a man of magic who may be able to prevent him from turning back into wood — but at a steep price.

From that, we get the impression that August is in real trouble. Now let’s take a look at the preview video for the episode.

In the preview video, we see that some of the characters have much bigger roles to play in the episode than we might think from the synopsis. The preview seems to suggest that Neal’s fiancée’s intentions to visit Storybrooke could be more sinister than Neal realizes. It also seems to suggest that August could be the one to save them all, despite the fact that he is nearly completely made out of wood.

In the first sneak-peek video, we find Greg (aka Owen) walking into his hotel room to find Regina waiting for him. She remembers him from when he was a boy, and he finds it interesting that she looks exactly the same as she did back then. Regina tries to write off her agelessness to a great cleansing routine, but it doesn’t look like he’s buying it. Greg tells her that he is looking for his father, and Regina tries to convince him that the man left Storybrooke a long time ago. Something tells me he’s not going to buy that story, either.

Once Upon a Time recap: The price of vengeance >>

In the second sneak-peek video, Mary Margaret, Emma and Marco are walking through the woods. Marco decides to come clean about the lie he told about the wardrobe being able to hold only one person. When Mary Margaret realizes that she could have traveled with her daughter to keep her safe, she loses her temper and slaps him. The move surprises them all and forces Mary Margaret to realize she is not herself.

In the third sneak-peek video, we see that Henry and Neal are still bonding as father and son. Henry brings his storybook to Neal and asks to be told all about what life was like there. Neal is happy to tell Henry whatever he wants to know, but he needs to talk to Emma first. It seems that Hook has escaped his bonds in the basement where they left him (no surprise there) and that his fiancée is on her way to Storybrooke. When Emma hears the news, she is much more upset about Tamara’s visit than about any trouble Hook could cause them.

The only bad thing about these clips is that none of them feature August, but I guess I can wait a little while longer before I see one of my favorite characters come back.

What do you think after seeing the sneak peeks from this episode of Once Upon a Time?