Gwyneth Paltrow reveals her spring fashion picks with couture site Net-A-Porter, but the wardrobe finds are out of most Americans’ budgets. 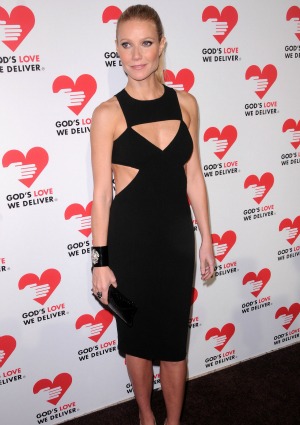 While most of us find cute fashions at Target and perhaps splurge at Nordstrom, Gwyneth Paltrow is recommending a spring wardrobe for an entirely different budget. On Thursday, the actress released her Net-A-Porter spring fashion edit via her website, GOOP. The fashion haul totals $458,003.

The timing of the expensive suggested wardrobe comes on the heels of some indirect criticism from fellow actress, Jessica Alba, who suggested Paltrow might be a bit out of touch with reality.

Alba told the New York Daily News while promoting her new book, “Alicia Silverstone is a vegan, so she’s the extreme side of it. Gwyneth Paltrow probably lives a very similar lifestyle, but I didn’t grow up with a bunch of money, so my tips are much more grounded: repurposing things and making things at home.”

Some of the highlights from the spring collection include an “Everyday Punk” look, where shoppers can browse a Valentino studded leather iPad case for $795. The actress also guides her readers to a pair of Helmut Lang leather leggings for $920.

Her “Pretty Pastels” suggestions tell readers to “bring both tailored shorts and pastels into your daytime basic attire.” However, the prices are extraordinary. The costs range from $168 for a J.Crew Haley cotton-and silk-blend jacquard miniskirt to $1,950 for a Proenza Schouler textured-leather shoulder bag. It is doubtful that a majority of these items are in most Americans’ wardrobe budgets.

This type of criticism aimed at the Oscar winner is not new. It has been pointed out in articles before that her champagne tastes do not reflect most of her fans’ income.

In her recent Self cover story, the Sliding Doors star addressed that exact situation, revealing, “I feel a sisterhood emerging around me. I’m less threatening now that I’m 40 and not 26-with-an-Oscar. They know I’ve been through a lot of pain and suffering — some public, some private — and I keep going. Or maybe it’s just that I was the first one who could afford therapy!”

Maybe the actress assumes we all aspire to a life like hers? Or perhaps she is out of touch with the way most people live?

2 mins ago
by Delilah Gray