When it comes to the Justice League, another one’s bit the dust. Ryan Reynolds isn’t interested in reprising his role as Green Lantern. It will take a great director and an even greater script to change his mind. 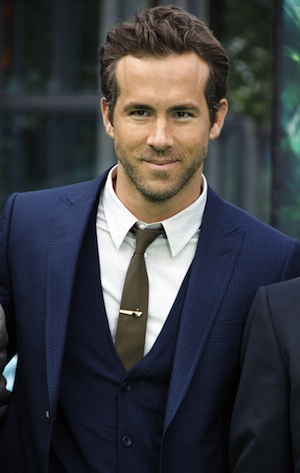 Warner Bros. is having a hard time with their Justice League adaptation. After the success of Marvel’s The Avengers, they jump-started the development of their own superhero team. Unfortunately, they’re struggling with the cast.

The Justice League is made up of countless superheroes, led by a core seven. They are Superman, Batman, Wonder Woman, The Flash, Martian Manhunter, Aquaman and Green Lantern. So far, none of those characters have been officially cast.

There’s been some debate over whether Christian Bale would dust off his cape and cowl for Batman, while a proper Wonder Woman has alluded them for decades. The only actor who seems like a sure thing is Henry Cavill, who plays Superman in Man of Steel.

On the other side of that is Ryan Reynolds, who previously brought Hal Jordan/Green Lantern to the big screen. The movie was critically panned and nowhere near as financially successful as Warner Bros. may have wanted. Therefore, we’re not surprised that Reynolds has no desire to suit-up for Justice League.

“That world comic book fans have been accessing for decades and falling in love with,” Reynolds continued. “So at this point I have very little interest in joining that kind of world. But, you know, a great script and a good director can always turn that around.”

There you have it. It’s going to take more than a paycheck to get him onboard.