Icky new details on the fella who hatched a bizarre plan to have to associates kidnap and castrate Bieber and his bodyguard for $2,500 per testicle. 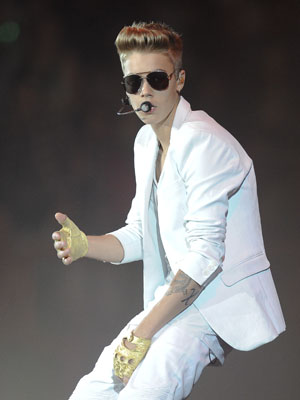 Takeaway from a short, icky story in the New York Post: Dana Martin is one creepy dude.

The inmate who hatched an insane scheme from prison to kidnap, castrate and kill Justin Bieber and his bodyguard is apparently still “stewing,” according to the Post.

“It’s still on,” Martin said in a jailhouse interview with Details writer Kevin Gray. “This isn’t going away. Do you really think that I would stop?”

Martin, already serving life in prison for the 2000 rape and murder of a 15-year-old girl, was apparently set off after Bieber didn’t respond to the several love letters Martin, 46, had sent.

He hired a couple of loser acquaintances to meet up with Bieber. Supposedly one draft of the plan had the hit men attacking him at one of Bieber’s shows. Good luck with that, you’d have to get through a heck of a lot of screaming 13-year-old girls.

Anyway, the hit men were going to receive $2,500 for each testicle they “snipped” off with “a pair of Fiskars Durasharp pruning shears,” the Post reported in 2012.

Yeeeikes! The plan didn’t come off after an ambivalent Martin told a prison guard of his plan and the bumbling would-be assassins took a wrong turn and wound up at the Canadian line, presenting ID.

The Page Six story from today notes that Martin has a jailhouse tattoo of Bieber on his calf and “creepily” said to Details writer Kevin Gray, “I shaved it for you… I always tell people you need to have a shaved Bieber. Believe me, you do not want a hairy Bieber.”