Amanda Bynes certainly had fun on Twitter Thursday night. Among her revelations? That she wants rapper Drake to “murder” her… um, you know. 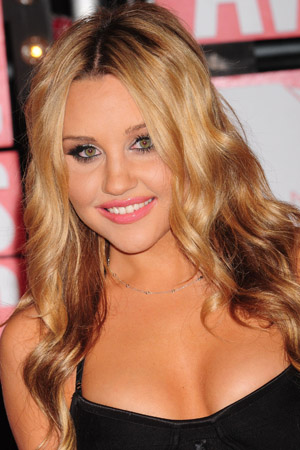 It’s not exactly how we’d approach our crushes, but Bynes took to Twitter Thursday night to express her crude desire to “The Motto” rapper.

“I want @drake to murder my vagina,” the Easy A actress tweeted.

Thanks for letting us know, Amanda.

This isn’t the first time — or probably the last — that the eccentric Bynes has tweeted about her love for the Canadian rapper. She’s expressed her love for him as far back as 2010.

“He inspires me to be better! *heart* awww we should get married,” she continued. “i’d say his name if we’re an OFFICIAL couple and we AGREED to tell people. everybody i am NOT engaged! Stop asking me please!! Lol. i’ll let you all know when it happens one day He’d have to be my boyfriend 1st!”

Why does she love him? It’s simple, really.

No word on what Drake thinks about this “murder” plot, but we can’t wait to find out what he has to say.

Drake isn’t the only person she tweets about, though. The actress sent out a special message to all her fans earlier this week, too.

“If I’m not following you on twitter, I hate you,” she wrote.