Cinco de Mayo is upon us, and what better way to celebrate the holiday we’ve affectionately dubbed “Drinko de Mayo” than with an original drinking game? We take the concept of New Girl’s True American — “50 percent drinking game, 50 percent life-size Candy Land,” according to Jess — and fiesta it up with a little Mexican flair.

Ready to reach los cervezas? To get to the libation-laden center — which has changed from “the Castle” to “la Cantina” — we recommend rearranging your living room as though you were playing True American. Start by forming a large X with your furniture and pillows, aiming to keep your X a thin loop so you can easily navigate your way back to la Cantina. The floor surrounding your X is deadly. It’s molten lava in the New Girl version, but just think of it as the shark-infested waters of the Gulf of Mexico for Drinko de Mayo. 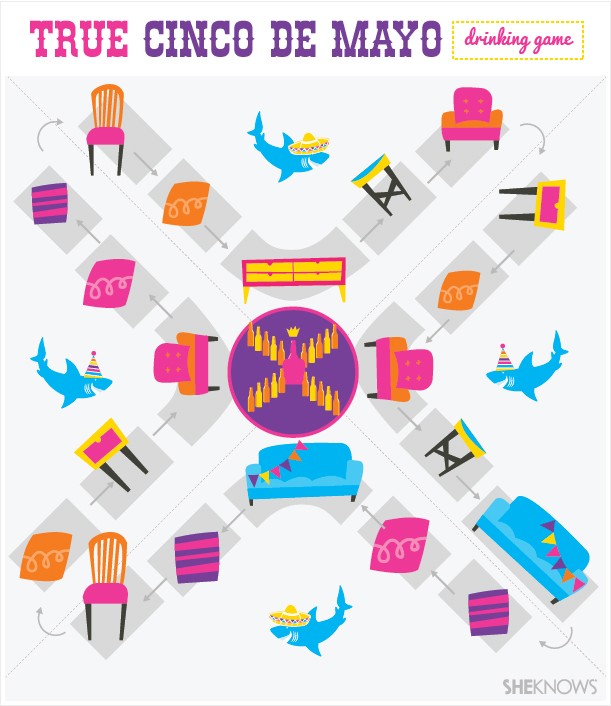 In True American, the Castle houses the alcohol. But, hey, we’re in Mexico… the sun is shining, and the drinks are flowing at — where else — la Cantina. In the middle of la Cantina (which you’ve most likely created using a table) is “the king” (a bottle of tequila), which we’ll call Carlos Santana. What? He’s basically Mexican royalty, right? Que sera sera, people! Santana is then surrounded by “pawns,” which for the sake of Cinco de Mayo, we’ll call “Los Lonely Boys.” Naturally, these festive little fellas are actually Mexican cervezas — Corona, Carta Blanca and Dos Equis all taste mighty fine, if you’re looking for suggestions.

When it comes to kicking off True Cinco de Mayo, pretty much anything goes. First things first, you need to establish your “knight” — the person who officially starts the game. In our version, the “knight” shall be known as “la Piñata” (’cause let’s be real — no party ever gets good ’til someone shows up with a piñata!). The player who shotguns a cerveza the fastest gets to be la Piñata and fires things up by yelling, “Uno, dos, tres, Salma Hayek!” Everyone then must snag a cerveza from la Cantina and make haste to any non-shark-infested surface.

How to get to la Cantina

So now that everyone is situated at their starting place, la Piñata chooses one of three ways to move the game forward: 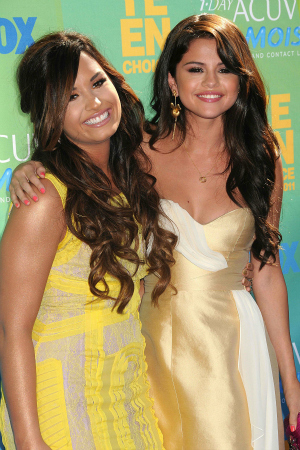 After each round, the reigning Piñata must relinquish his or her title to another player — alphabetical order or closest birthday are easy ways to choose. As you move along the path, you must grab a Los Lonely Boy each time you come to la Cantina. But, slow your roll dude — you can’t have more than three drinks in your hands at once. If you get to la Cantina and already have tres cervezas, you can’t move until you chug one down.

Winning: Once all the Los Lonely Boys are gone, the race to win is on. Whoever then gets to la Cantina, finishes the remaining cervezas in their hands and takes a swig from Carlos Santana wins the game.

Losing: If you fall into the shark-infested waters, you’re chum — finito! You’re also out if you’re caught without a cerveza or with an empty cerveza, but you can rejoin at the beginning if you chug one. Don’t try to be clever and just carry around your Los Lonely Boy, though. You must drink from it to play the game — even if only a sip or two per Piñata.

At any point, someone can yell, “Salma Hayek!” If this happens, it’s time to shotgun your cerveza. That’s why it’s best to carry two: You wouldn’t want to be caught empty-handed and sent back to the start! 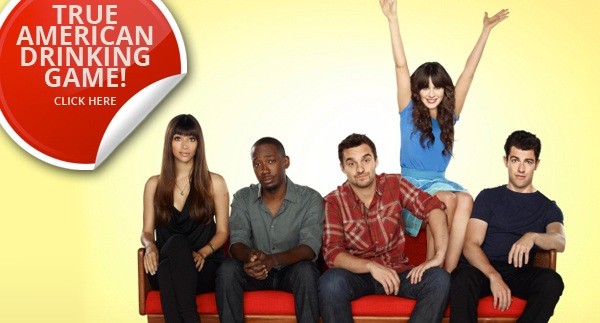