The Lord of the Rings director has even named the fee for his directing duties: One Dalek, please. 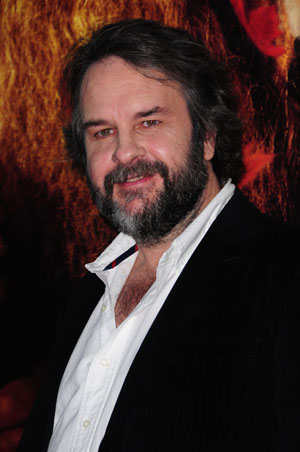 Before he was a great big famous Oscar-winning director, Peter Jackson was just a little boy watching Doctor Who from behind the couch.

“My first real vivid memory is the story about the abominable snowmen, the Yeti,” said the director of Lord of the Rings and The Hobbit in this week’s Entertainment Weekly. “They were big, furry monsters and they had these metal balls that would roll around chasing people.” He was only 6 or 7, and he was terrified.

Old habits die hard: Jackson has been watching the five-decades-old (!) series ever since.

In fact, he met his longtime partner Fran Walsh while working on special effects for a TV series with Jon Pertwee, who played the Doctor in the early 1970s. Jackson writes that his “memory of meeting Pertwee is somewhat affected by the vision of the gorgeous woman who was discussing his script pages with him — that was writer Fran Walsh and we’ve been together for 26 years now!”

Walsh has apparently gifted Jackson with several Dalek figures, and Jackson has Doctor Who costumes, including a Tom Baker one with an endlessly long scarf.

Jackson also writes that he saw Doctor Who producer Steven Moffat over Christmas and impressed upon him that he wasn’t joking.

Entertainment Weekly contacted Moffat for comment, who said, “We’re theoretically on board for anything” as long as “we’ve got a great story.”

“They don’t even have to pay me,” writes Jackson in the magazine, “but I have got my eye on one of those nice new gold-colored Daleks. They must have a spare one (hint hint).”

Doctor Who is the cover story in the latest issue of Entertainment Weekly; the second half of the new Who season premieres on BBC America March 30.