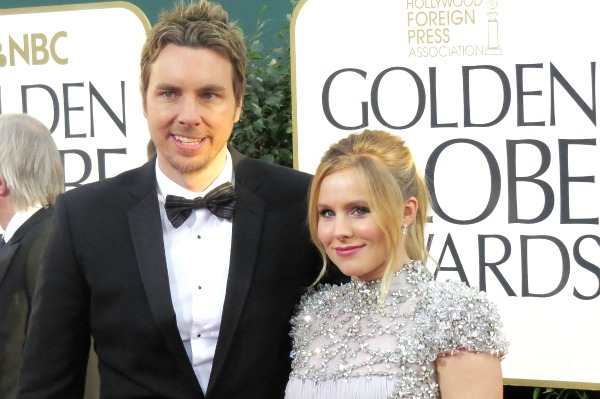 Dax Shepard lost his father, Dave Robert Shepard Sr, in the closing hours of 2012. The actor, currently expecting his first child with Kristen Bell, posted an emotional message to Tumblr Thursday, paying tribute to the man known both for his appetite and love of women.

Remembering the man who died after battling small cell carcinoma at age 62, Dax Shepard explained, “We had taken on this cancer project together. He chose me to deal with all the doctors and creditors and landlords. It was the only project we ever teamed up on. We never built a tree house or a soap box derby car together, but you would have never known it by watching us tear through chemo decisions and radiation plans. We were two great minds with one single thought: get into the end zone gracefully.”

“He loved to eat. Holy shit could he eat,” the 38-year-old wrote of his late father. “Of all of his addictions, and there were many (drugs, alcohol, cigarettes, sex, cars, houses, shiny things), eating was his number one. He never did get a handle on that vice. He could hunker down in front of the TV for hours, nibbling with comma-inducing ferocity the entire time. Nothing in the pantry was safe. He would come up with the most counter-intuitive combinations of food. Like a true alchemist, he’d put salsa on oatmeal, or smother frozen waffles with a can of black beans. He was like a perpetually stoned, pregnant woman.”

For four months Dax Shepard juggled his work commitments and pregnant wife‘s needs with trips to visit his father in Detroit. Slowly, however, as Dave Shepard Sr’s health worsened, he lost his infamous appetite.

“He could no longer sit up on his own, and talking was proving to be too much for him,” the actor wrote. “So we sat quietly. I climbed in the bed with him and rubbed the little hairs on the back of his neck. I squeezed him. I’d never seen him so cute and little. He was a 250 pound baby. We spent most of the day that way.”

A surprise visit from Kristen Bell proved to be an extremely emotional moment.

“She lifted her shirt up and he put his hand on her swollen stomach,” Dax explained. “He left it there for the better part of an hour. He was smiling from ear to ear, sitting contently, unable to put together a sentence, but still capable of connecting to the new family member we were creating. He wasn’t going to make it to the birth, but that didn’t get in the way of him meeting the new baby. It was an emotional and triumphant moment. One I will never forget. If I live to be a thousand, I will still be in debt to my wife for giving him that one last thrill.”

Though his father could barely speak at the end, he managed to still hit on a nurse who was helping him use the bathroom — a shock for the actor.

Dax Shepard concluded, “We made it pain-free and with grace into the end zone; a feat that, as I write this, overwhelms me with gratitude. Our first project together was a total success. My only regret is that we didn’t take on more together.”