One of Dancing with the Stars’ newest pros, Sharna Burgess, talks with SheKnows about the pressure of the show and showing America the new, reinvented Andy Dick.

If the name Sharna Burgess isn’t familiar to you yet, don’t worry, it will be. As the newest pro on Dancing with the Stars this season, she’s taking on the challenge of teaching comedian Andy Dick to dance. 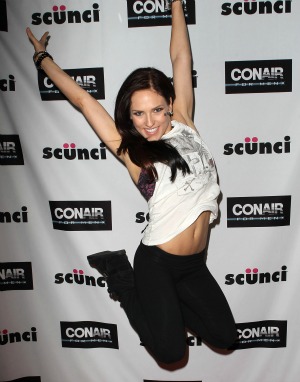 For hardcore dance fans though, she is a familiar name after spending three seasons in the DWTS troupe. The troupe performs most of the group numbers and accompanies many of the musical artists that come on the show each week during the Tuesday results episode. With all of the excitement surrounding the first week of Season 16, SheKnows talked with Burgess about the pressure of her first pro season.

Host Tom Bergeron‘s first line to Burgess on Monday night was, “Welcome to the pros, my dear.” It has to be a pretty surreal experience to take that in all at once, but the Australian-born performer seems to be handling the pressure well.

She told SheKnows, “I was just so excited that Andy did so well on our routine. To be honest, I was so proud of him. He was dealing with so many nerves at that point.”

Her first thoughts were taking care of her dance partner instead of thinking of her own career achievement. That selflessness is reflected in how she talks about Dick and his struggle to overcome public perception of his former hard-partying ways.

The dancer, who found out on a Thursday before rehearsals began that she was even going to be a pro in Season 16, met her parter just three days later.

Burgess admits, “My heart skipped a beat when I got that phone call.”

The reality of DWTS as a pro set in for her because one moment changed how her entire season of the show would look. 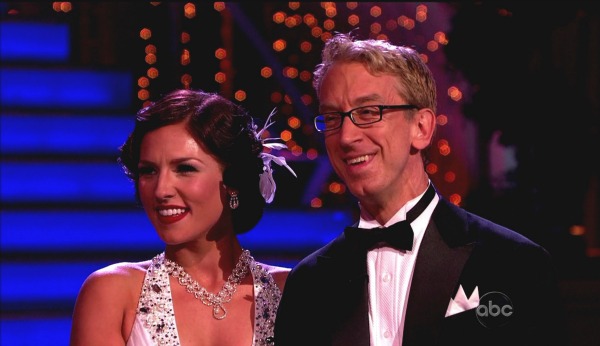 While many in the US are familiar with her partner’s tabloid history, Burgess was only aware of his television roles in shows like NewsRadio and Less Than Perfect. However, she started hearing some of the rumors when the pairings were announced at the end of February.

She shared, “Yeah, it was kind of interesting. A lot of people said to me ‘Ooo, Andy Dick did you hear about this story?’ I was like ‘One more time, he did what now?'”

The man who showed up at rehearsals though was healthy, dedicated and ready to work.

Burgess revealed, “I was so touched by this guy that was really broken and sad by all of these mistakes that he’s made and these things he wanted to change. It’s kind of crazy, I just can’t see him doing those things anymore. I think he’s in a great place. He’s finally moving forward with his life.” 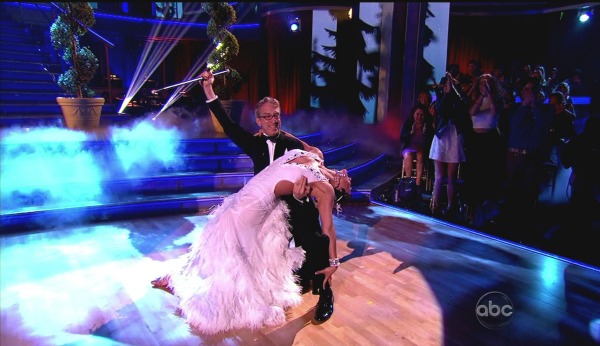 The comedian also seems appreciative of the work his pro partner has put into getting him in dance shape for the premiere.

He told SheKnows, “I could not have asked for a better person, dancer, or teacher to be paired up with than Sharna. She is like a spiritual guide for me through this journey that is about more than just dancing, it’s about growing as a person. She has been holding my hand along every step of the way. She is very, very patient and powerful woman and teacher. If it wasn’t for her I would have been out already.”

While Monday night’s scores aren’t where they would like to be on the scoreboard, the couple find themselves fighting their way up past the “17” score they received for their first outing, the foxtrot.

Burgess speaks out about their score saying, “I worry that we are going to be that couple that gets the harsher marks and the harsher criticism. I think all three foxtrots are on the same level (as our foxtrot).”

For the former Burn the Floor star, the next step is to challenge Dick and showcase his versatility in performing.

She teases us with next week’s dance which promises to show his “comedic side with a twist. I want to shock everybody with the different roles he can play.”

SheKnows gest the Dancing with the Stars scoop from Karina Smirnoff >>

The unusual pairing makes their story for Season 16 an exciting one. Dick knows he’s an underdog ready to show America that he’s back, while the new pro’s strength and support is going to wind up being one of the team’s biggest assets.

As Burgess sums up, “Theres’s such an emotional attachment to the person, to the routine, to that Monday and Tuesday night. I’m honored to have it and blessed just to be there for Andy.”

Images courtesy of WENN.com and FayesVision/WENN.com