Dean Pelton tries to recruit a whale, Jeff spends bonding time with Pierce while Shirley and Troy go head to head in P.E. 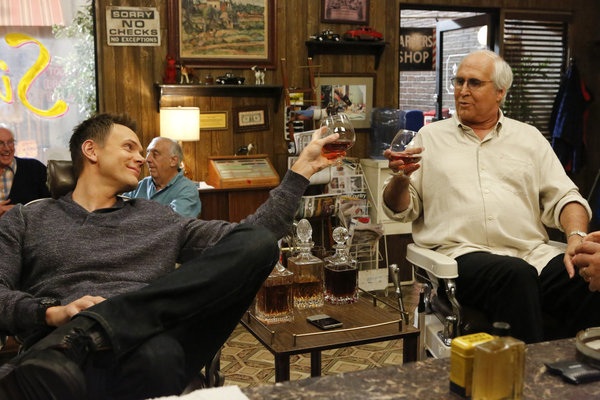 Dean Pelton is on the hunt for a giant whale. No, not Willy, so don’t go calling your favorite “Save The Orcas” foundation just yet. This whale is a potential student that could bring a whole lotta cash into Greendale. Archie is the typical weed smoker who may never graduate and all Pelton sees is dollar signs for Greendale if he can get him to become a student.

At first, the Dean enlists the help of Britta and Annie (by far the prettiest girls on campus… as we’ve seen) as well as Abed to show Archie just how chill Greendale can be. Abed may be an interesting choice, but anyone was better than Pierce who has an affinity for throwing temper tantrums and ruining the goal. Jeff, however, volunteers his time to the project simply to rid himself of the clingy Pierce.

Abed is completely on board. This is the perfect opportunity to introduce a potential new pledge to his fraternity. That’s right, Abed has created a fraternity of his own.

Nothing goes according to plan as Pierce ruins Archie’s welcoming party and Dean Pelton discovers another community college is trying to enlist Archie as well. As if he were trying to recruit the next Tom Brady, the Dean throws Archie a killer party — drugs and hookers included.

Jeff spends quality time alone with Pierce to distract him from becoming a tornado of ultimate destruction… again. Unfortunately, during bonding time at the barber shop, Pierce becomes aware of Jeff’s plan which leads him to regret trying to reconnect with Jeff. Pierce is always getting the short end of the stick. To Jeff’s surprise, he actually had a good time hanging out with Pierce. Maybe he’s not so bad after all?

Annie plays the voice of reason as she realizes everything they’re showing Archie doesn’t represent the good side of Greendale. Dean Pelton tells him he’s not changing anything about Greendale just to have his money, but Archie decides to attend the school anyway. He doesn’t want special treatment just because his family’s rich. That’s a rare breed.

Also, Shirley dominates in the Physical Education class while Troy struggled to keep up. The duo were attempting to teach others how to instruct a P.E. class, but Shirley surely showed Troy who was boss. Just another week at Greendale.