Beyoncé is taking one more step toward world domination by becoming the face of H&M’s summer collection. 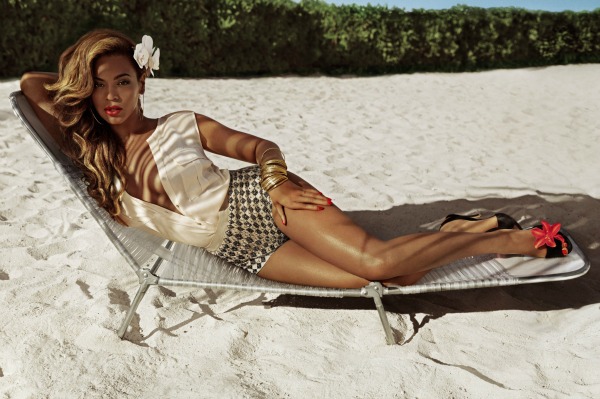 2013 is turning out to be the year Beyoncé ruled the music, sports, film, television and now fashion world. On Thursday, H&M announced that the entertainer would be the face of their summer campaign.

The launch of the campaign coincides with her Mrs. Carter Show World Tour which begins on April 15. Fans should expect to see the “Single Ladies” singer just about everywhere, from television and print ads to outdoor billboards introducing “Beyoncé as Mrs. Carter in H&M.”

In an official statement, Beyoncé said, “I’ve always liked H&M’s focus on fun and affordable fashion. I really loved the concept we collaborated on to explore the different emotions of women represented by the four elements — fire, water, earth and wind. It was a beautiful shoot on a tropical island. It felt more like making a video than a commercial.”

The ads were shot on location in Nassau, Bahamas to highlight the four elements of the earth while featuring a new song by the Grammy winner entitled “Standing On The Sun.” It’s a natural partnership for the performer and the clothing entity since the summer campaign highlights the H&M for Water collection.

Items that will be available for purchase include swimwear like a tie-dyed bikini and other beachwear pieces like the sexy short shorts Beyoncé wears in the promotional photo. A full 25 percent of the proceeds from sales go to H&M for WaterAid.

For fashionistas, they can expect on-trend items like a fringed bikini that Beyoncé helped design that reflects the idea that women are “strong, vulnerable, sensual, maternal, fun, flirtatious.”

Ann-Sofie, head of design at H&M, said, “In the campaign Beyoncé is wearing the key pieces from H&M you need for life in the sun this summer. What makes these pieces even more special is that Beyoncé herself had input into the design, and they are full of her own personal style.”

The stylish set should get ready for the Beyoncé/H&M media blitz beginning in May when the line becomes available in stores worldwide and online.