After a frightening seizure on set, Kelly Osbourne has been given the all-clear to get back to work. 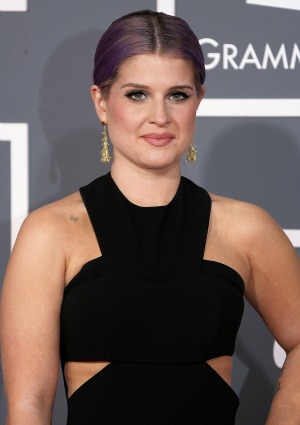 Your worst day at work hopefully did not involve having a seizure on-camera, but Kelly Osbourne’s did. Now two weeks after the scary incident, the Fashion Police host has been given the all-clear to head back to work mocking the sartorially challenged.

“#SoHappy,” she tweeted Wednesday. “I just got the all clear from my doctor to go back to work tomorrow!!!!!”

The TV personality was hospitalized March 7 after suffering a 30-second seizure in front of a live studio audience while filming Fashion Police. The incident was caught on tape, and while the public will likely never see it, mom Sharon Osbourne said it was a blessing to be able to show it to the doctors treating Kelly.

“We needed that to show the neurologist so they could see what was happening… She’s on medications. Nobody knows why she had it — can’t figure out a reason why — but she is fine, and naughty,” Sharon laughed while giving a health update on The Talk.

Kelly was released from the hospital later the same week, but unfortunately still has no answers about what caused the seizure in the first place.

“After a five-day hospital stay, Kelly Osbourne has returned home and has been given a clean bill of health by her doctor,” her rep told E! News.

“Doctors ran numerous tests and determined that this was most likely a onetime episode of which there are no conclusive results. She is looking forward to returning to Fashion Police this week and getting back to business and life as usual.”