The former Mr. Snoop Dogg has a new outlook on life, a new look and a new album out in April. But how genuine is Snoop Lion? 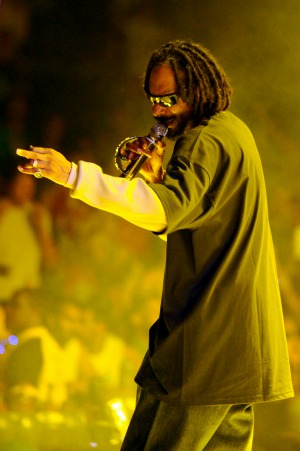 Snoop Lion is a new man. The former Snoop Dogg has become a reggae artist and is channeling the late Bob Marley in his new album.

Lion performed, in his new incarnation, for the first time at 2013’s SXSW Music Festival. Based on those reviews, fans are in for a whole new experience. He released a track from the new album this week, and, like much of his music, it has a message.

“Called ‘No Guns Allowed,’ the new track — the fourth to be teased from the album — is a righteous sermon of Rastafarian-inspired messaging from one of the godfathers of gangsta rap,” said Randall Roberts with the Los Angeles Times.

“No more gunplay, when the bodies hit the ground, there’s nothing left to say,” he says in the song.

Lion’s new outlook has his music digging into politics and current issues of the day. But it appears they’re issues that matter to him.

“‘No Guns Allowed’ is a record that I wanted to do about all of this shooting and unnecessary schools getting shot up and whatnot and these kids getting bust on,” Lion told MTV News. “What I wanted to do was put together some music to try to put a different light on it, to try to stop people from doing that and try to bring some awareness to all this unnecessary violence with these guns.”

The song features singer Drake as well as Lion’s own daughter Cori B. According to Billboard, in the song Drake sings about a memory of hearing of a shooting back home.

Not everyone is convinced of Lion’s new act, though. Bunny Wailer, a founding member of Bob Marley’s original group, said the genre isn’t something you can dabble in.

“The Rastafarian doctrine is not something that someone can act, pretend or seem to be,” Wailer told the Jamaica Observer, according to the L.A. Times. “It is one that exists through His Imperial Majesty Emperor Haile Selassie I and who Rastas see as the substance of their existence… It’s not something you can play with.”

And according to Roberts, Lion seems to only be dabbling, leaving the song with a sound that “isn’t devastatingly great, but it’s good enough support.”

Along with the album, Lion is also releasing a documentary called Reincarnated, which is in select theaters now.

“The documentary captures his spiritual pilgrimage while in Jamaica, where he formed a bond with the Nyabinghi branch of the Rastafari movement,” said MTV.

The new album, Reincarnated, is due out April 23.