Hey girl, I’m abandoning you. At least that’s what it feels like now that Ryan Gosling has said he’s taking a break from acting to reassess why he’s doing it. 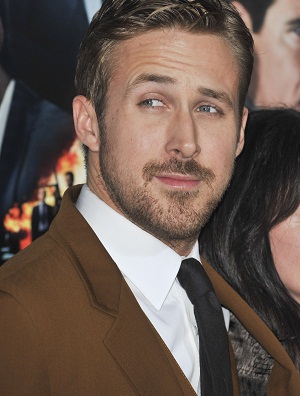 Ryan Gosling recently told Huffington Post that he’s taking a break and, obviously, we’re not happy about it.

“I’ve been doing it too much,” he told Huffington. “I’ve lost perspective on what I’m doing. I think it’s good for me to take a break and reassess why I’m doing it and how I’m doing it. And I think this is probably a good way to learn about that. I need a break from myself as much as I imagine the audience does.”

No, Ryan, we don’t need a break from you. We promise. We feel like you’re breaking up with us. This sounds very much like one of those, “It’s not you, it’s me” lines. Are you breaking up with us, Ry? Is there another woman? This is just so devastating!

On the bright side, Ryan’s still got two movies queued up for release. First up, there’s a Place in the Pines, by the same director who did Blue Valentine. In Pines, Ryan plays a tatted up motorcyclist who travels around with the circus. (What?) There’s also Only God Forgives, which is due in May. After those, he’s doing a stint behind the camera, making his directorial debut with How to Catch a Monster, which will star his girlfriend Eva Mendes. (Or did they break up? It’s so hard to keep track!)

Maybe by the time he gets done with all that, he’ll be willing to return to us.

In all fairness, we understand. Our love of stars and celebs puts a lot of pressure on them to be perfect. Especially in Ryan’s case. While many other guys made a name for themselves with the ladies by being a bad boy, Ryan solidified his place in our hearts by being a much more sensitive and decent character (usually). That must be a lot of pressure to try to hold onto that romance. We understand… but we’ll still miss him while he’s away.