It sounds like Teen Mom star Farrah Abraham did a little too much celebrating for St. Patrick’s Day: Police confirm she was arrested for driving under the influence. 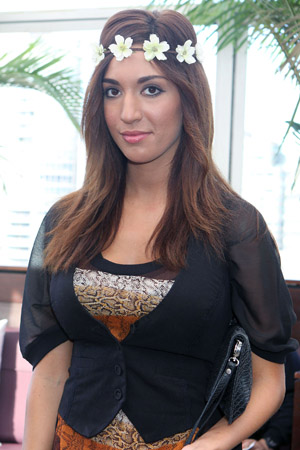 Teen Mom star Farrah Abraham might have a complicated life, but it just got a whole lot more complicated: She was arrested by Omaha, Nebraska, police early Tuesday morning for drunken driving.

According to the Omaha Police Department, the 20-year-old almost hit a cop car and blew a .147 on her Breathalyzer test.

But at least she had a fun weekend. The mom of Sophia tweeted her excitement over the Irish holiday, asking Twitter followers to bring her beer.

She’s singing a different tune today, though she’s acting like everything is OK.

Abraham’s life is never dull, even when she’s not being followed by television cameras. Case in point? She caused a furor among parents when she blogged about waxing and plucking her 3-year-old’s “unibrow.”

“Sophia feel a sleep, I got my tweezers and Pluck-pluck-pluck……soph was now [sic] saying ouch or anything and still was asleep, I got most of it off and then finally she woke up..I went to sleep,” she wrote on January.

“The next morning I showed [Sophia] and told her how well she did and she didn’t even know, She was more intrigued now to be ok with upkeeping her non-unibrow. I could tell she was proud.”

Hey, it’s OK, Farrah: A lot of people make mistakes. We’re just happy Sophia wasn’t with her when she was arrested.

Read on for more Farrah Abraham