TV Land is still burning for Hot in Cleveland. The network has given it the green light for a fifth season. This means it will reach a very important benchmark — syndication. 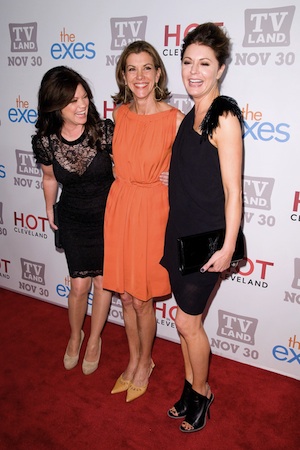 The gorgeous ladies of Hot in Cleveland are in luck. TV Land has opted to renew their series for another season. Betty White, Valerie Bertinelli, Jane Leeves and Wendie Malick will all return to reprise their hilarious roles.

Betty White and the Hot in Cleveland ladies talk! >>

According to The Hollywood Reporter, the renewal marks a milestone in the show’s run. The series has been sold into syndication, which is a big deal for TV Land. The new season will push it past the coveted 100-episode mark.

“This is an incredible milestone for the show and for TV Land,” TV Land president Larry W. Jones said. “To have our first scripted sitcom make it to the syndication level is a huge accomplishment. We have a brilliant creative team both in front of and behind the camera. We are so proud to be on this exciting ride with them.”

Hot in Cleveland debuted in 2010 and centers on three middle-aged women (Bertinelli, Leeves, Malick), who were in need of a fresh start. They moved to Cleveland and found a house that came complete with a caretaker (White). During season four, the sitcom averaged 2.8 million viewers.

Hot in Cleveland is currently on hiatus but returns with all-new episodes this summer starting June 19. The premiere will be a special live event. With a cast of comedy veterans, we’re sure the ladies can pull it off.

Are you excited for Hot in Cleveland’s upcoming season?