These days, Eddie Murphy routinely stars in PG-rated roles — a far cry from his start at 15 as a stand-up comedian who cursed like a sailor. Since he’s set to reprise his famous turn as Detective Axel Foley in a Beverly Hills Cop TV series, can we expect a return to his R-rated roots? 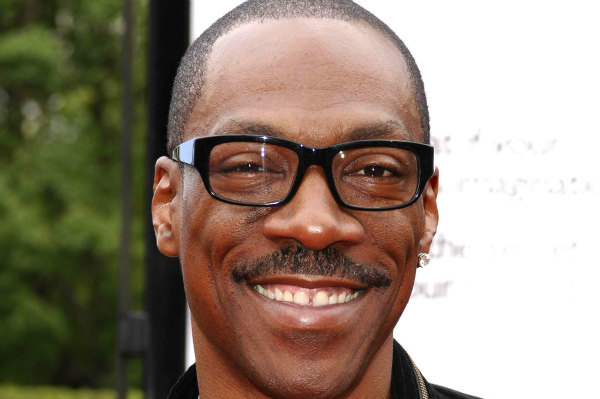 Eddie Murphy didn’t become funny… he was born that way. We wouldn’t be surprised if the actor was cracking jokes in the womb. Throughout school, his classmates flocked to him for his comedic chops, bolstering Eddie to pursue the stand-up circuit. By 14, he was a regular, writing and performing his own routines — and they certainly weren’t cut from the same cloth as child-friendly fare like Dr. Dolittle.

Eddie made a name for himself on the circuit, which ultimately landed him at a Manhattan showcase known as The Comic Strip. Robert Wachs and Richard Tienken, the club’s co-owners, were so impressed with Eddie that they volunteered to be his managers. They set Eddie up with an audition for Saturday Night Live and he soon scored a regular gig on the edgy show — Eddie was only 19 at the time.

When Murphy first made the jump into movies, he wasn’t playing fumbling overweight professors or animated donkeys. His debut film, 48 Hrs., starred Eddie as a sharp-tongued, street-smart convict alongside Nick Nolte’s bitter old cop. He was then a king undercover on the search for a queen in Coming to America before kicking off the franchise that made him a box office superstar — Beverly Hills Cop. As Detroit cop Axel Foley on a mission to catch his friend’s killers, Eddie kicked major a**.

In 1989, Eddie tried his hand at directing with Harlem Nights, but the film flopped. His next two efforts — Another 48 Hrs. and Boomerang — also bombed at the box office. Coincidentally, while his movie career was flailing, Eddie found success in an unlikely arena: His explicit single “Put Your Mouth on Me” snagged a spot on the Billboard Hot 100 singles chart around this time.

It wasn’t until 1996, when Eddie tackled his first real family-friendly role as lovable lug Sherman Clump in The Nutty Professor, that he hit box office gold again. But Eddie apparently wasn’t quite ready to go totally PG just yet —in 1997, LAPD cops hauled the star to the clink for picking up a pre-op transsexual prostitute named Shalimar Seiuli on Santa Monica Boulevard!

Once the dust settled on the scandal, Eddie added some PR polish to his image, voicing a laughable little dragon in the animated Disney movie Mulan. And, thus, Eddie’s family-friendly career took off. His name is now practically synonymous with family films. His silly character in the Shrek films, Donkey, led to a ton of spin-offs (Donkey’s Caroling Christmas-tacular, anyone?), and he parlayed his turn as Dr. John Dolittle into two movies. Then there was also Daddy Day Care, The Haunted Mansion, Imagine That… you get the picture.

With Beverly Hills Cop coming to TV, would it be ridiculous to hope Eddie might be bringing a little raunchiness back into his routine? Don’t get us wrong — we love PG-Eddie, too… but, damn, was he funny when he was inappropriate. Regardless of which type of movie he decides to pursue, can we just say we are super excited at the proposition of Eddie teaming up with Arnold Schwarzenegger and Danny DeVito in Triplets??